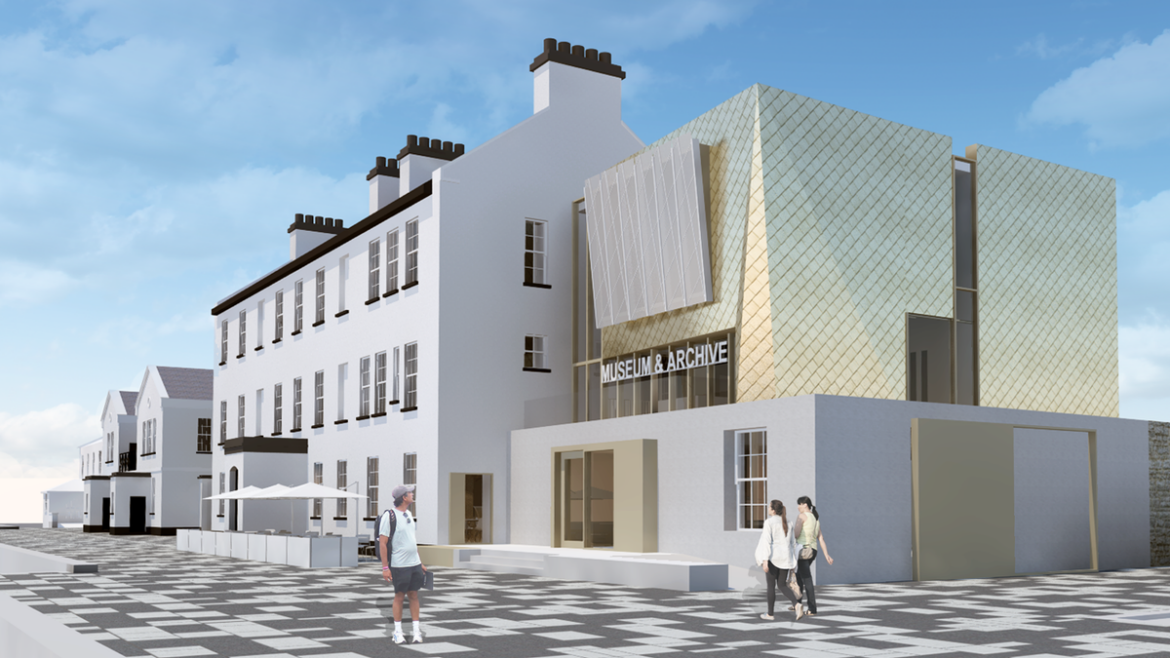 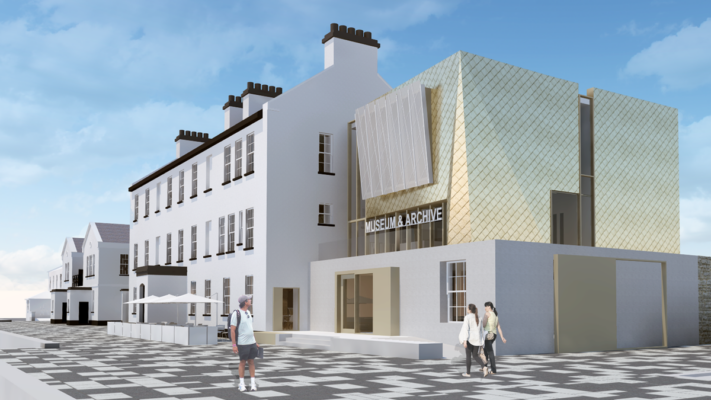 THERE has been a warm welcome for today’s announcement that the much anticipated Derry on the North Atlantic (DNA) Museum Project is to receive a funding boost of £150,000 courtesy of the Wolfson Foundation.

Mayor of Derry and Strabane, Alderman Graham Warke, said he was delighted that the new state of the art facility had successfully been selected by the Foundation following an application by Council last year.

The Foundation, which is an independent grant-making charity, promoting excellence in a number of key areas including education, heritage, humanities and the arts, made the announcement today.

The funding will now go towards the creation of an interactive museum/visitor attraction at Ebrington Square capturing the story of the City and District and its key maritime location, and the part it has played in significant historical events.

The Museum will deliver an exciting visitor experience and archive sharing unique local collections with a global audience.

A business case for the £11.4m project is currently being progressed, and it is hoped that the Museum will open its doors to the public in 2024.

It was confirmed in May last year that £4.8m in outstanding financial support for the facility had been confirmed as part of the Inclusive Future Fund element of the City Deal fund.

The announcement was a major step forwards in the project, which has experienced a number of setbacks, and this new strand of support will help progress the plans further, Mayor Warke said today.

“I am delighted to welcome this announcement and acknowledge the support of the Wolfson Foundation for what will be a major tourism asset for the City and District and wider region,” he declared.

“This project has faced a number of challenges along the way so this support is particularly welcome coming on the back of the recent City Deal funding announcement.

“The Museum will become one of our most significant visitor attractions, and will add to the exciting blend of amenities now really beginning to develop on the Ebrington site.

“I really look forward to seeing this project moving forwards with the support of the Wolfson Foundation and our other partners such as the National Lottery Heritage Fund, The Executive Office (TEO), Garfield Weston Foundation, Galewest Investments Ltd and Department for Communities (DfC).”

Members of Council’s Business and Culture Committee received an update on the project last year from Council’s Head of Culture Aeidin McCarter, who confirmed that the DNA Museum would be advanced ahead of the other City Deal projects, allowing plans to progress as soon as possible.

“This aspect of our heritage, including the emigration of thousands from our shores, to the globally significant surrender of the U-boats in the Battle of the Atlantic, will now be shared in this state of the art facility which will be a major draw for both local residents, tourists and our Diaspora from far and wide.”

“We are delighted to be funding in Northern Ireland – a priority area for us. This exciting redevelopment to create the new DNA Museum will entice visitors to explore the city’s layers of history and fascinating maritime collections.”