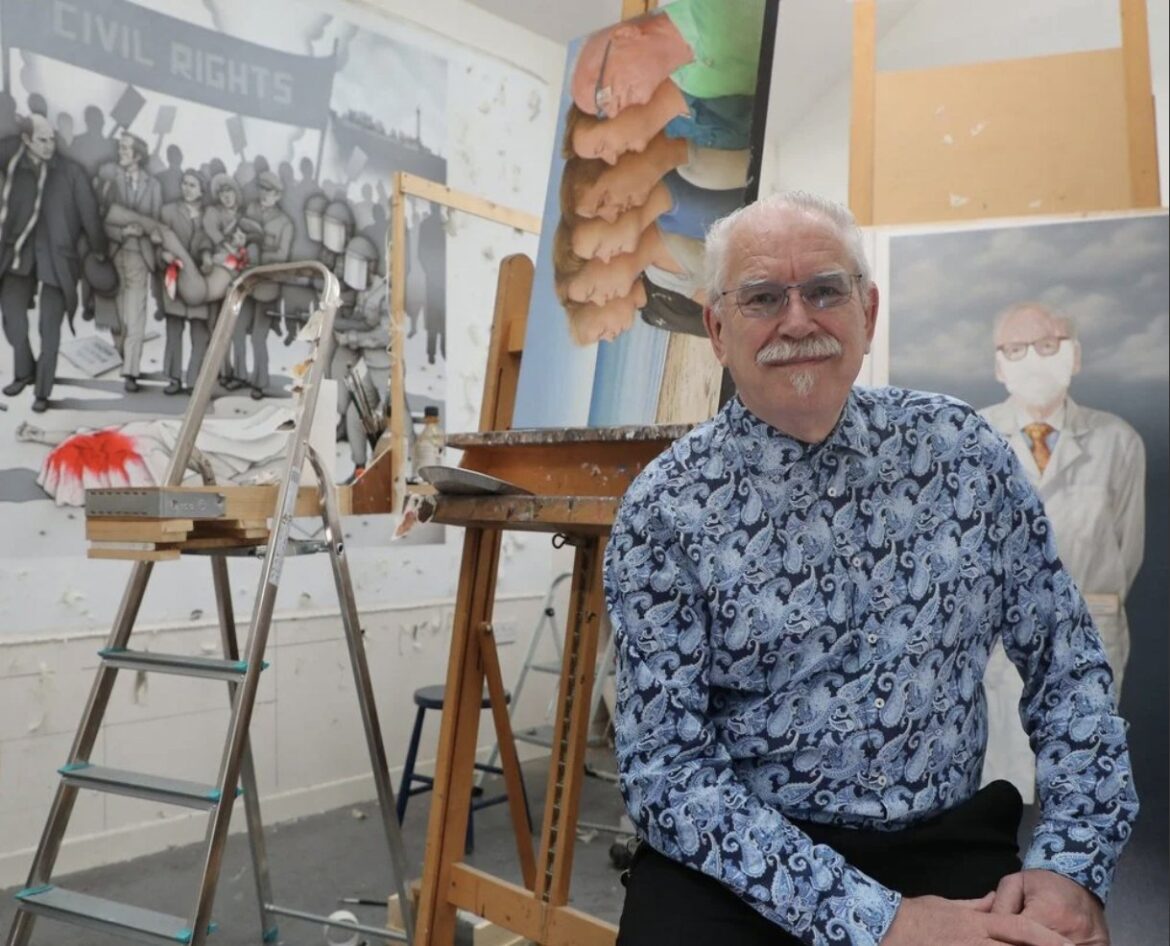 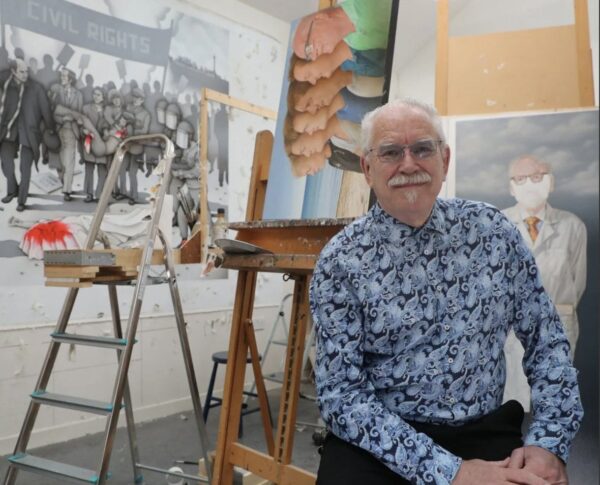 The painting, entitled “The Thirtieth of January” will be unveiled to members of the Bloody Sunday families at an event at the Guildhall this week before it will be available for members of the public to visit and view.

The exhibition is one of a series of events being organised across the city to mark the 50th anniversary of Bloody Sunday in January 2022.

Robert Ballagh is one of Ireland’s greatest visual artists and is based in Dublin. Initially he came to fame with his Pop Art, however, following the outbreak of the Troubles in Ireland in 1969, his work became more political in context.

In 1972, he created an installation about Bloody Sunday that took the form of 13 drawings in blood and chalk on the floor of the Project Arts Centre gallery in 1972, representing each person shot dead on Bloody Sunday.

During lockdown, Ballagh created a new art piece to commemorate the Bloody Sunday anniversary, entitled “The Thirtieth of January” and he will travel to Derry on January 13th to unveil the piece to the Bloody Sunday families at the Guildhall.

The event, which will be held virtually, is organised by Derry City and Strabane District Council and will be available for viewing live while members of the public will be encouraged to visit the Guildhall from 14 January to view the painting.

Head of Culture with Derry City and Strabane District Council Aeidin McCarter said while it was unfortunate the launch event had to be held virtually it is hoped people will avail of the opportunity to visit the Guildhall to view the painting in person in the days and weeks following the official event.

She said it was an honour to host the painting in the Guildhall and to display the work of an artist of Robert Ballagh’s calibre.

The exhibition is part of a wider series of events being organised by the Bloody Sunday Trust to mark the 50th anniversary.

Derry City and Strabane District Council last year agreed to part fund and support the anniversary activities, including the location of the Robert Ballagh painting in the Guildhall.

Tony Doherty, Chair of the Bloody Sunday Trust, and whose father was killed on Bloody Sunday, said: “The Trust and the Bloody Sunday families are pleased and honoured that world-renowned artist Robert Ballagh is presenting his painting, Thirtieth of January, to the city to mark the 50th anniversary.

“It is a fitting tribute to the memory of the dead and to those everywhere who struggle for justice against powerful forces.”

Artist Robert Ballagh said: “Many people of my generation were traumatised by the events that took place on the 30th January 1972.

“As an artist my response was to create an art work that was controversial and challenging. As the 50th anniversary of Bloody Sunday approached I felt impelled to revisit this atrocity.

“The painting in the Guildhall is the result of that undertaking”.

The painting will be available for the public to view from this Friday, January 14 during the Guildhall opening hours of Monday to Friday from 9am to 8pm and Saturday and Sunday from 9am to 6pm.

For further information on this event please contact guildhall@derrystrabane.com.

For more information on other events being held as part of the Bloody Sunday commemorations visit: www.bloodysunday50.com