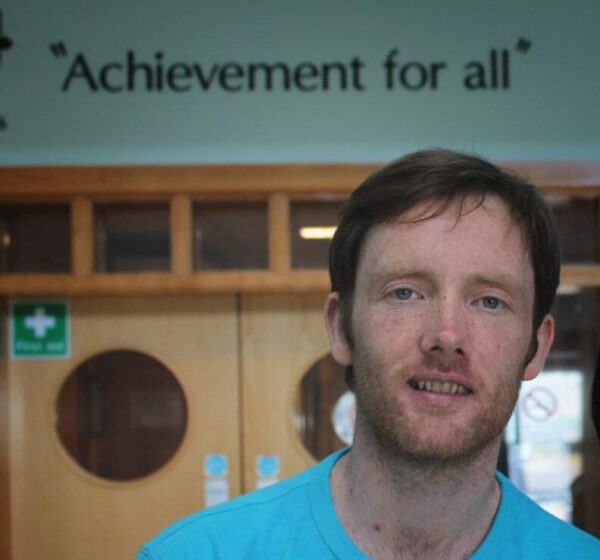 TRIBUTES have been flooding in to a Derry man who is described as having been a “dear friend to many” and a “born teacher” after he passed away on Friday.

Sean O’Kane worked as an English teacher at St Joseph’s Boys’ School in the city, also teaching drama and involved in the school’s football coaching.

The dedicated fan of Glasgow Celtic had been battling cancer and was also involved in fundraising for research into fighting the disease, taking part in the first ever Cancer Research Relay For Life Legenderry back in 2017.

Social media has been inundated with tributes for the popular man, who is to be laid to rest at a service in St Columba’s Church, Long Tower on Monday at 11am.

The school where he worked paid tribute to someone they called a “teacher, mentor, football coach, drama teacher colleague and a dear friend to many staff.”

“It is with the greatest sadness that we are informing you of the death of our most esteemed teacher and a very valued member of our English Department, Mr Sean O Kane RIP who passed away earlier today,” St Joseph’s wrote.

“We ask that you keep Mr O Kane in your thoughts and prayers and remember all that he has brought to St Joseph’s Boys’ School.

“Mr O’Kane was outstanding in his role and particularly his support to the boys both in and out of the class.

“He will be sorely missed by all our pupils, staff, Governors and the wider community that he was such a part of.

“I also ask you to keep Mr O Kane’s family in your prayers.

“We will remember Mr O Kane with great fondness and appreciation for the person and advocate for all St Joseph’s Boys, who have had the privilege of having him as their teacher, and for everything he brought to his role and to the school.

Long Tower church in the city described him as an “excellent and dedicated teacher” and said he played a “leading role” in organising school shows.

They added: “Sean was truly passionate about the educational and spiritual welfare of young people and he lived out Gospel values in all that he did.

“He will be greatly missed, not only by his family, but by all those whose lives he touched. May he rest peacefully in God’s embrace.”

The death of Mr O’Kane has touched many in Derry, with tributes being expressed across social media.

“It still seems like yesterday when I first spoke to the boy in the Celtic top beside me in the queue in the dining hall at Queen’s Elms. It didn’t take long to discover he too was from Derry,” she said.

“I have known Sean’s passion and compassion, his care for others, especially for young people. He was loved inside and outside of the classroom- as a teacher, mentor and coach.

“His interests were wide and varied – football, sport, literature, theatre, history and politics, and he nurtured and developed the talents of so many young people through his dedication to school life, football coaching and extracurricular activities.

“Sean battled his own ill health with gentle stoicism and gracious fortitude.

“He played a big part in the inaugural Legenderry Relay For Life in 2017.

“A born teacher. All who knew him can learn so much from his example.

“And no doubt many will continue to be inspired by his legacy,” added Ms Durkan.