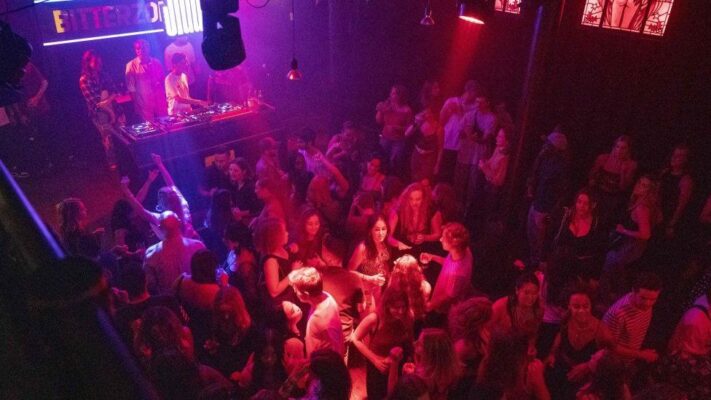 Nightclubs will have to close from 6 am on Boxing Day, December 26 and indoor standing events will be prohibited.

From then, dancing will also be prohibited in hospitality venues, but this will not apply to weddings.

From December 27, hospitality venues will return to table-service only, with limits of no more than six people allowed to sit together at a table.

Again, this measure will not apply to weddings or civil partnership celebrations.

The North of Ireland today recorded the highest number of Covid-19 cases – 3,231 – since the pandemic began.

A total of 330 new cases were recorded in the Derry City and Strabane Council area over the previous 24 hours – a rise of 170 on the previous day with its infection rate the hightest in the North of Ireland.

Also from 27 December, people will also be urged to limit meetings inside private homes to no more than three households, but this will be guidance and students returning home will be part of their original household.

Sporting events can continue with no limit on capacity but this will be reviewed on 30 December – but there will be guidance to those travelling to and from games not to car share.

The work from home message is to be bolstered, with legislation to require 2m social distancing in the workplace or provide alternative mitigations.

The rules on face coverings will also be strengthened.

Ministers are due to meet again on December 30 to review all the measures.

Last week, health officials warned that a “significant intervention” could be needed after Christmas.

The vaccination and booster programme have been stepped up in a bid to tackle a rise in cases of the Omicron variant.

Earlier, Wales’ first minister announced that groups of no more than six people will be allowed to meet in pubs, cinemas and restaurants from 26 December.

Two-metre social distancing rules will also return, as well as table service only at licensed venues.

Scotland has also announced new measures to come into force from 26 December and Edinburgh’s Hogmanay events have been cancelled.

All outdoor events will be limited to just 500 people to help slow the spread of Omicron.

Indoor events such as concerts will be limited to 200 people if they are seated, or 100 for standing.

Tighter restrictions are already in place in the Republic of Ireland, where hospitality and cultural venues including pubs, restaurants, cinemas and theatres have been required to close by 20:00 since Monday.