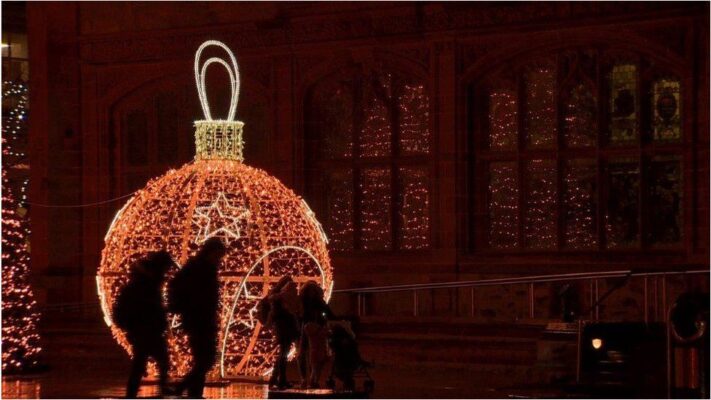 LIFE on one day in Derry has been captured by BBC NI Newsline.

The footage was taken a fortnight ago over 24 hours for a unique film to be broadcast during Monday’s programme.

Called One Day, it charts the rhythms of life in Derry and across the North of Ireland life – from dawn to dusk.

The film is the work of about 50 BBC staff who filmed what was going on around them on phones, cameras and drones on one day – Monday, December 6.

The idea came from the archive pictures and stories BBC News NI has been broadcasting and publishing all year about 1921, when the North of Ireland was first founded.

It made BBC Newsline staff think about how people would look back on this year, 2021, a century from now.

But what One Day reveals is that there is plenty about the rhythm of our lives that changes little.

In Derry, the Guildhall clock is set to strike one as people hurry across a windy Peace Bridge over the River Foyle for lunch or shopping.

And as children leave school, the return commute begins and darkness falls, the vivid Christmas tree in Guildhall Square lights up the historic building.

Alongside the continuing effort to protect people against the effects of the Coronavius pandemic, it is Christmas.

The giant musician sculptures who stand at the border between Strabane and Lifford – cheekily called “the Tinnies” by some – have been dressed as Santa and Elves.

The film opens as the “peace gates” on the Lanark Way interface in west Belfast swing open at 6 am.

While that interface was the scene of rioting earlier this year, the fact that the gates open every morning to allow people to move across west Belfast is symbolic of some of the progress the North of Ireland has made.

Later, BBC cameras capture the gates swinging shut again at 10.30 pm – a sign of a journey yet to travel.

You can watch ‘One Day’ film on BBC NI Newline programme at 6.30 pm this evening.