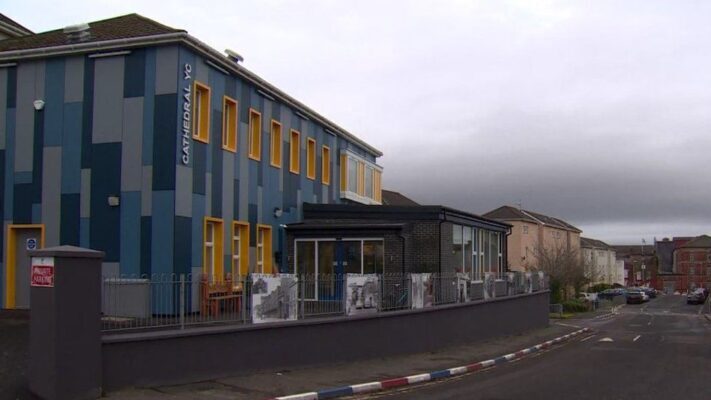 More than £500,000 has been invested in the redevelopment of the Cathedral Youth Club in the Fountain estate

A NEW refurbished community centre building in Derry has been officially opened.

Funding of £640,000 has been invested in the redevelopment of the Cathedral Youth Club in the Fountain estate.

The centre, which was first opened in 1972, has been providing a range of community activities for almost 50 years in the city.

Jeanette Warke, project manager of the centre, said the refurbishment would be “a great asset” for the community.

The community worker, whose community garden project won a major UK-wide award earlier this year, has long campaigned for better facilities in the area.

Ms Warke said the investment would help the centre continue to run more activities and “remain an open door” for young people. 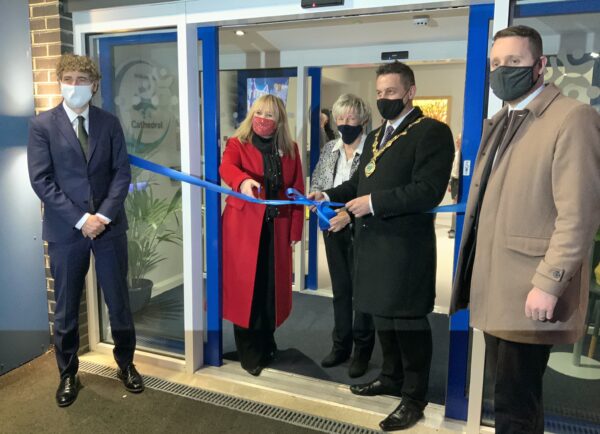 “We provide educational and recreational community activities five-days-a-week and on weekends if requested,” said Ms Warke.

The centre runs an array of activities from residential trips for teenagers, summer intervention programmes, activity classes for pensioners, as well as a new mother and toddler club starting in the new year.

Ms Warke said the new building had given them the opportunity to extend their educational classes, in conjunction with the North West College.

“Everybody has the opportunity to come and learn and learn new crafts and more importantly get together,” she explained.

Ms Warke said the Cathedral Youth Club had been a lifeline for many people in the community throughout the Covid-19 pandemic, and had helped deliver more than 2,000 care packages during lockdown.

Michelle McIlveen thanked everyone involved in the scheme, in particular Jeannette Warke who has been part of the Cathedral youth club for 47 years.

Education Minister Michelle McIlveen, and Derry City and Strabane District Council mayor Graham Warke, were in attendance at the opening event on Tuesday.

Both Ms McIlveen and Mr Warke helped unveil a commemorative plaque marking the grand opening of the new building.