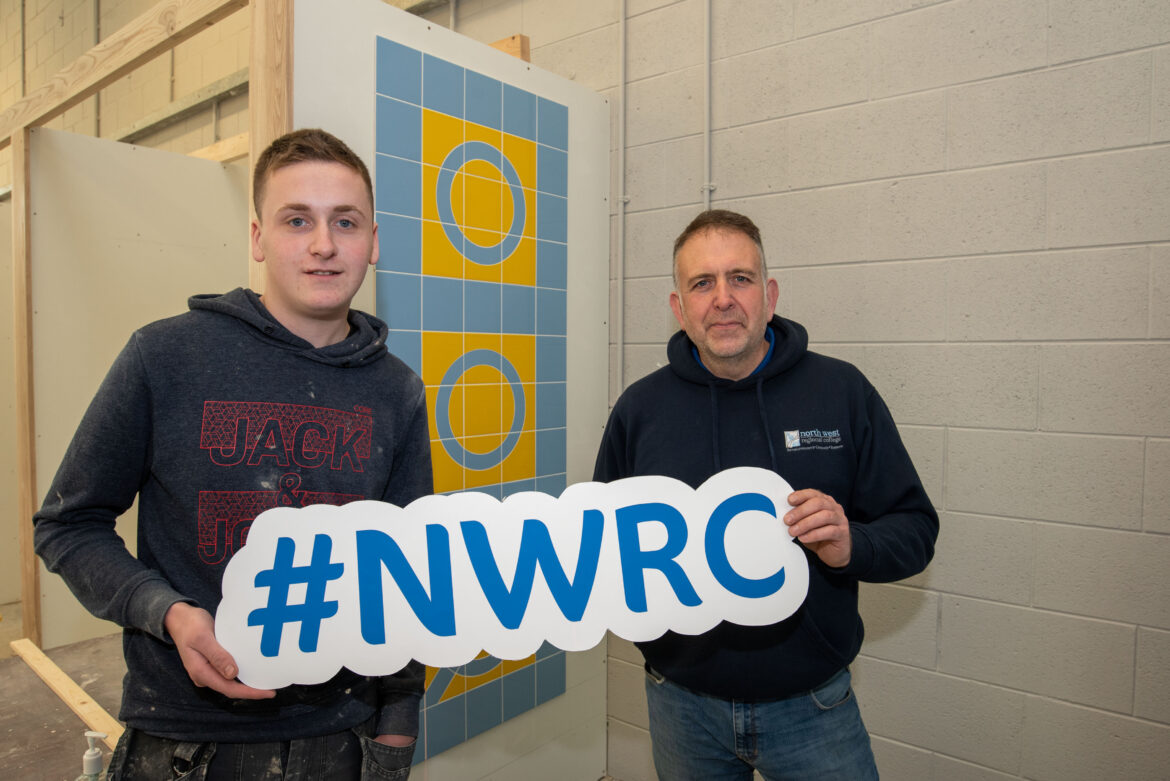 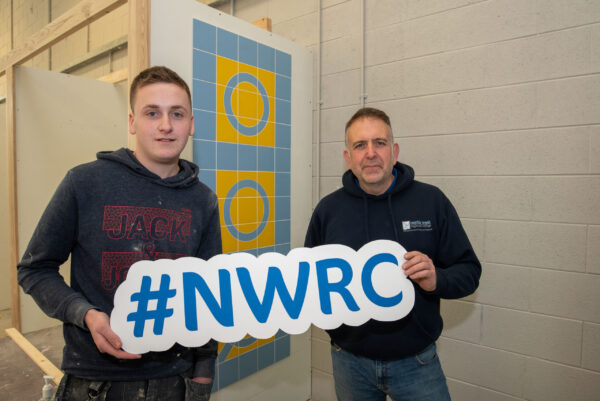 The 18-year-old from Claudy was placed third in an extremely close final hosted in the city of Bircham Newton, where he got to show off his flair and skill for Wall and Floor Tiling.

His success means he now stands a chance of being selected for Team UK at the 2024 World Finals, emulating the success of brother Cameron, a former Carpentry student at NWRC, who made it all the way to the World Finals in Abu Dhabi in 2017.

Morgan now joins an impressive list of talented students from NWRC who have achieved incredible success at the Skills Olympics, including Brendan Duddy who won the Gold Medal in Dry Lining at UK Worlds Skills Finals in Birmingham.

Brendan will go on to represent the UK at the World Finals in Shanghai in 2022, after they were postponed because of Covid-19.

Morgan said: “I’m delighted to have achieved a bronze medal at the finals. The competition was a very challenging experience testing not only my practical skills in Wall and Floor Tiling but also in time management.

“I’ve learned a lot from the competition, and I’d like to thank all my lecturers at NWRC Greystone for the support they’ve given me.

“I would love to be selected for the UK squad and make it all the way to the 2024 finals in Lyons just like my brother Cameron did in 2017.”

Morgan previously attended Lisneal College before enrolling in Wall and Floor Tiling at NWRC through Training for Success, later progressing to a Level 2 Apprenticeship at NWRC Greystone in Limavady.

David McCay, Lecturer in Wall and Floor Tiling at NWRC Greystone, said Morgan’s natural ability and work ethic along with the support of his Employer SMC Tiling has been the key to his success.

He added: “Morgan has particular skills in this field and shows real consistency through his work, an eye for detail and he has a great ability to keep his eye on the clock, ensuring that he completes each task within the time frame.

“Morgan is a grafter.

“We’ve been so impressed with his work at college and through his employment with SMC Tiling.”

Leo Murphy, Principal and Chief Executive of NWRC said: “We are extremely proud of our three students who competed at the WorldSkills UK Finals, showcasing the incredible skills they have acquired through hard work at college, and supported by their lecturers who are all experts in industry.

“Worldskills is a fantastic opportunity for students to showcase their talents on a UK-wide platform and we look forward to further success in the future.”