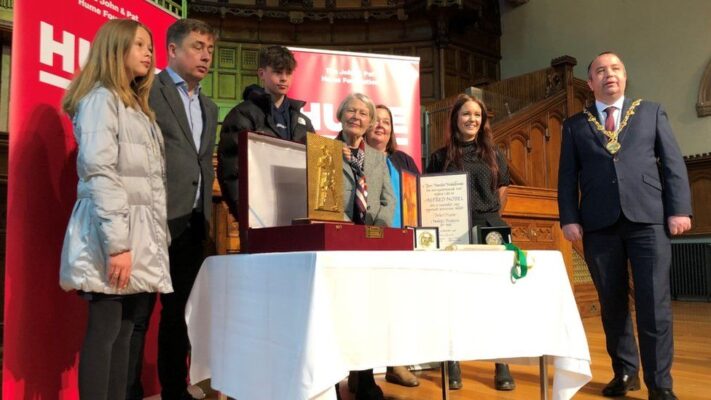 John Hume Peace Prizes to be displayed in Guildhall

Mr Hume’s family announced earlier this year that the high profile prizes he received over his lifetime were to be loaned to the city for permanent display.

They include the Nobel Peace Prize (1998), the Martin Luther King Jnr Non-Violent Award (1999) and the International Gandhi Peace Prize (2001).

His wife Pat led the announcement and following her recent passing it is the continued wish of the Hume family and Foundation that they be loaned to and displayed in the city.

Chair of the Business and Culture Committee, Councillor Conor Heaney, welcomed the key stage in the process of having the items displayed in the city.

“I am pleased that we have been able to approve the funding for the display of the John Hume Peace Awards in the Guildhall so that the public can view these internationally significant items,” he said.

“John is widely regarded as one of the most important figures in the recent political history of Ireland and was one of the architects of the Northern Ireland Peace Process. 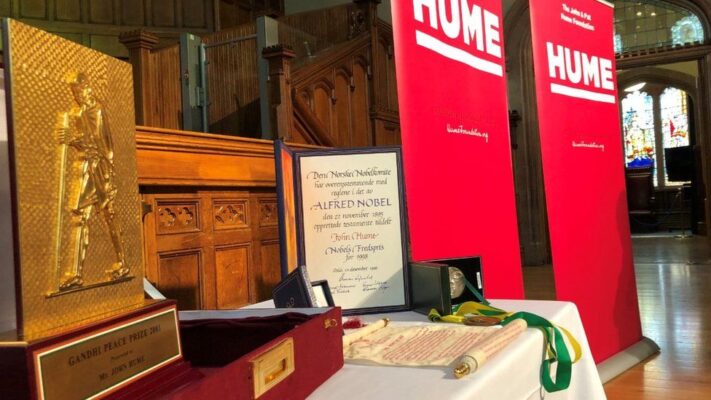 “He is the only person in the world to receive all three of these awards and their prominent display will give just recognition to that achievement and add to our offering to visitors to our City and District.”

The paper was presented by Head of Culture at Council, Aeidin McCarter, who added: “The Hume Family wish for as many people to see the collection on display as possible and it has been agreed that the Guildhall will be the most appropriate and fitting venue to display them in.

“They are expected to go on display later next year.”