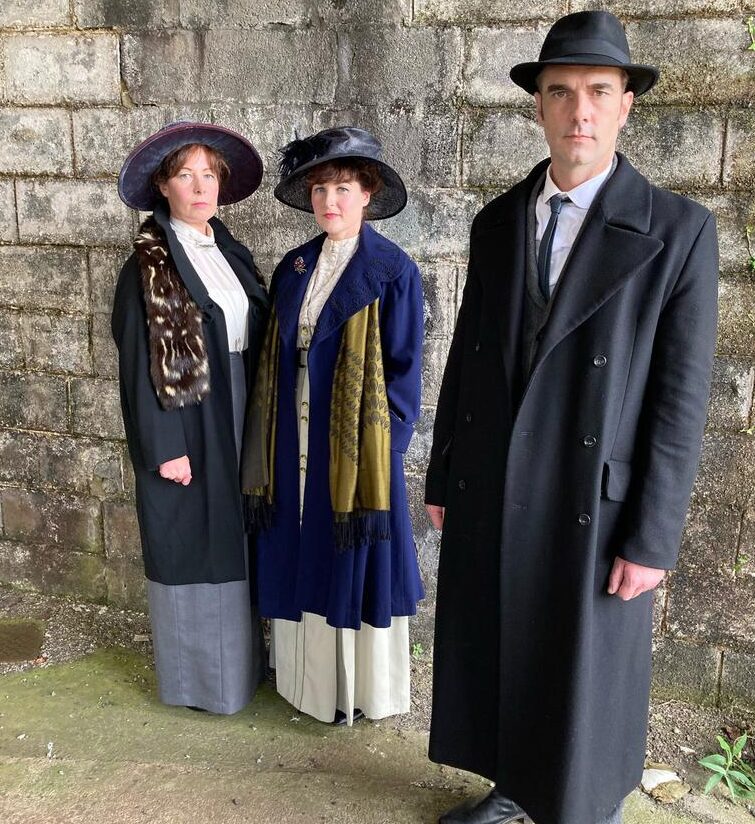 A scene from the new TG4 documentary

THE tragic story of a Co Derry woman who was killed by her former Royal Irish Constabulary lover in Australia in 1924 is to be explored in a new TG4 documentary.

It interweaves a sensational murder trial with a seminal chapter in Ireland’s War of Independence to tell the tale of Hori Morse and his Coleraine victim, Hilda Emily Hunter.

Páirteach i nDúnmharú: An Auxiliary To Murder combines dramatised re-enactments with newsreel archive of the conflict, photographs and newspapers chronicling the life and times of New Zealand-born Morse and the woman he killed.

It also features interviews with a granddaughter and grand-niece of Hunter’s, who were both unaware of the details surrounding her death and the headline-grabbing murder trial that ensued, leading to a guilty verdict and a 10-year prison sentence for Morse.

Hunter, who left her husband Frank in Coleraine to run off with Morse, was shot in the heart by her lover using the same Smith & Wesson revolver he’d carried during his time in the Auxiliaries.

Documentary producer Des Kilbane said Morse was a “charming sociopath” who fooled many people, particularly women, into taking his side and supporting a petition that saved him from the death penalty.

He said Morse went on to live a full life after his release, becoming a well-respected architect.

And he described Hunter as the forgotten victim of the story, saying he felt it was important to remember what had happened to her.

“When directors Lydia Monin and Andrew Gallimore came to me with this story, I found it fascinating,” said Kilbane.

“I started to do research into it, but although I could find plenty online about Hori Morse, there was nothing really about Hilda Hunter.

“Morse was a charming, handsome man.

“He had the support of several aristocrats and many women, who organised a petition to spare him from hanging. It was signed by 22,000 people.

“He managed to dodge the noose by three days because of the petition and a law being passed in Parliament.

“He was sentenced to life imprisonment in Adelaide instead, where he proved to be a model prisoner and was released after 10 years.

“Morse then went back home to New Zealand, got married and had two children.

“He went on to become an architect, and even had a street in Christchurch named after him.

“But what of Hilda Hunter, who was murdered by Morse with one single shot to the heart? She was forgotten about in all of this.”

Morse, a pilot, sailed to England in 1918 and joined the RAF. When World War One ended he was granted a temporary commission as a 2nd Lieutenant, which lasted until he was demobilised in July 1919.

After studying engineering at London University for two years he joined the infamous H Division of the RIC’s Auxiliaries, which took part in the Siege of Tralee during the War of Independence.

While on leave in Wales Morse met and began a relationship with Lancashire-born Hunter, who lived in Coleraine with her husband and three children.

After resigning from the RIC, he eloped to Australia with Hunter, who abandoned her family.

Coincidentally, Hunter’s sister Dorice left her family too, and ran away with a lover to South Africa.

In Australia Morse and Hunter began working on the sheep-shearing circuit.

But when the ex-Auxiliary discovered Hunter was planning to leave him and return to her family in Coleraine, he pulled his service revolver on her and shot her dead.

Kilbane said: “We managed to track down Hilda Hunter’s granddaughter Penny Stewart, who is now in her 70s and living in Colorado.

“Penny grew up in Coleraine and remembers her grandfather Frank as a gentleman. 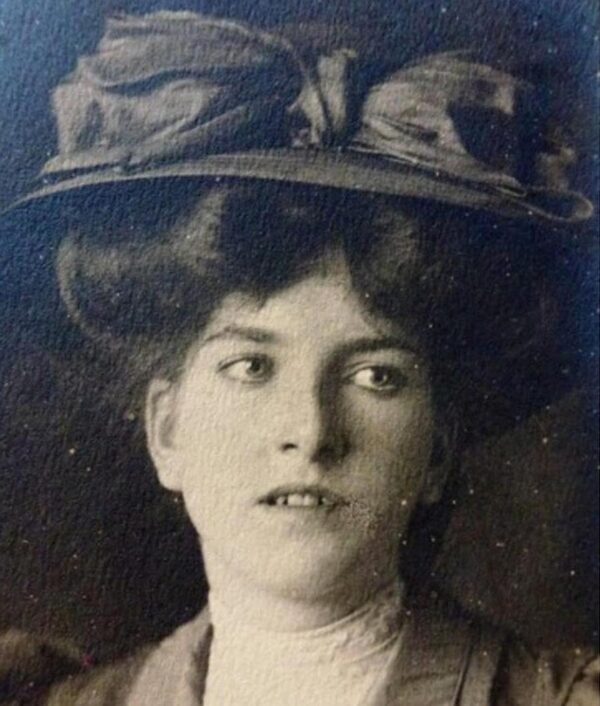 “But he never spoke about Hilda, and she didn’t know the story of what had happened to her.

“We also spoke to a granddaughter of Dorice’s, Sarah Green, who lives in Sydney.

“She didn’t know the story either.

“Both women are angry about what Morse did to Hilda and the fact that he was released after serving a sentence of only 10 years.

“They’re also annoyed that she was a mere footnote in Morse’s story and that he somehow played the victim, when Hilda Hunter was clearly the victim in all this.

“But they are delighted that Hilda’s story is finally being told.”

* Páirteach i nDúnmharú: An Auxiliary To Murder will air on TG4 on Wednesday, December 15 and then run on the player for four to six weeks.