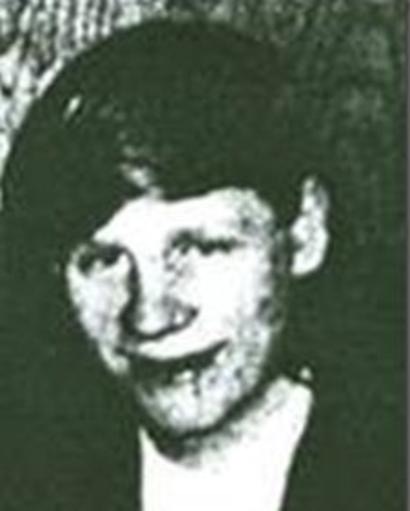 Thomas Friel death ‘not due to Army rubber bullet’

Thomas Friel died after he was struck by a ”missile’, says Coroner

A DERRY man previously thought to have died after being hit with a rubber bullet was likely to have been injured by other means, a coroner has found.

Thomas Friel, who was 21, died four days after he was injured amid rioting in Creggan in Derry in May 1973.

His family have believed he was struck by a rubber bullet fired by the Army.

But after a new inquest a coroner said it was “most likely” that Mr Friel was injured by a “missile”, causing him to fall and suffer further injury.

The latest inquest was the second into the death of Mr Friel after an appeal by his family in 2013.

The attorney general ordered the new inquest in 2014.

The inquest at Derry Courthouse had heard from a soldier who fired a rubber bullet on the day of the rioting.

Referred to as Soldier B, he told the hearing that he and other soldiers were on patrol in Creggan when they were accosted by a drunk man.

That led to crowds entering the streets with bin lids and whistles being sounded.

Soldier B said the patrol came under attack from a crowd and there were “three men leading the rioters”.

He said he fired a rubber bullet at “the central, leading figure” but did not see it strike him due to the smoke from his weapon.

Coroner Joe McCrisken said the inquest had been a “long and difficult exercise”, hampered by the issue of memories of the incident almost 50 years ago.

He said: “At least two, and probably more than two, rubber batons were discharged striking at least two people.”

But he concluded that he was not satisfied that Mr Friel had been struck by a rubber bullet.

He said that he believed Mr Friel has sustained three separate injuries to his head.

“The first was a blow to the left side of the forehead,” said Mr McCrisken.

“I consider it most likely that this injury was caused by Mr Friel having been struck by a missile of some sort during a disturbance involving a crowd of youths and the Army.

“The first injury… was caused by, in my view on balance, a missile, a piece of masonry, something of that nature during the disturbance.”

Mr McCrisken said he was satisfied that Mr Friel had been “highly intoxicated” and was “with the crowd who were involved in stoning the Army patrol”.

“It is more likely than not that this injury to the front of his head caused him to fall to the ground,” he said.

That fall, the coroner said, was likely to have caused a skull fracture, bleeding and brain damage.

A third injury to the top of Mr Friel’s skull was possible caused by the fall or a missile, he added.

Mr McCrisken was critical of the original police investigation over its assessment of the timing of the injury.

He said Mr Friel was from a family of 10, his loss was deeply felt and he acknowledged that the verdict was not the one they were expecting.

The family has been supported by the human rights group the Pat Finucane Centre during the inquest.

After the verdict, the Pat Finucane Centre said the family would consider the coroner’s findings.