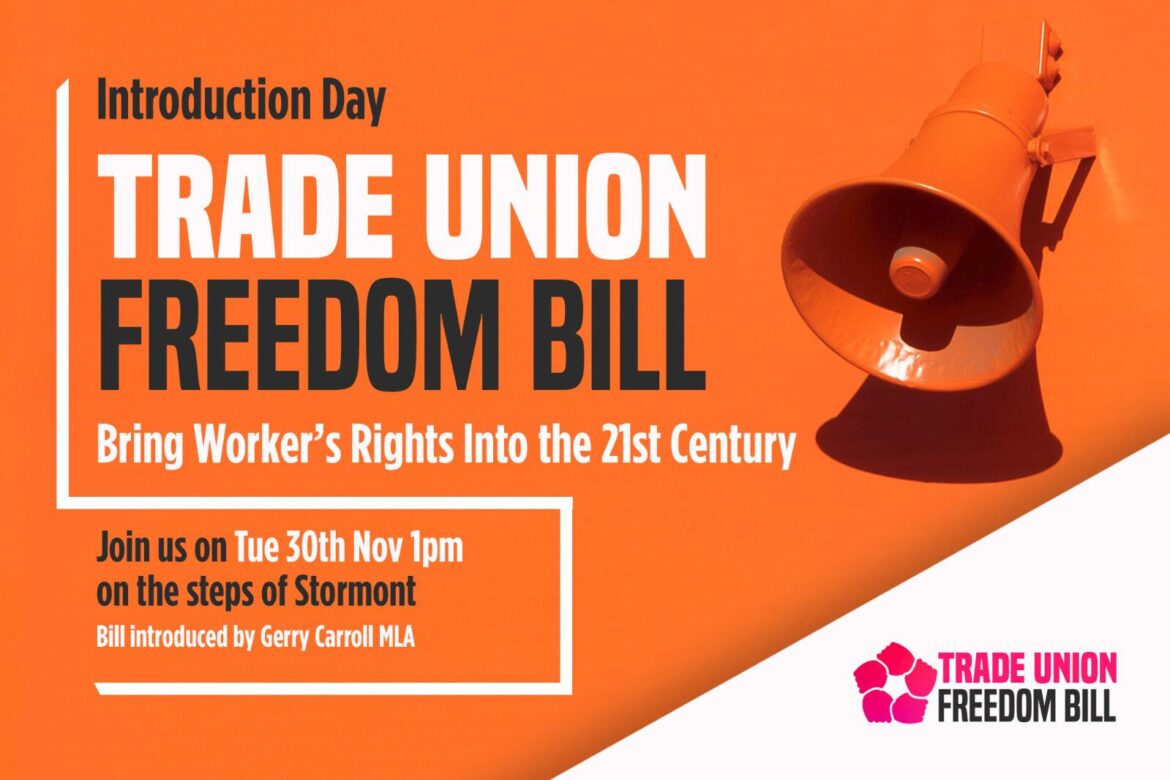 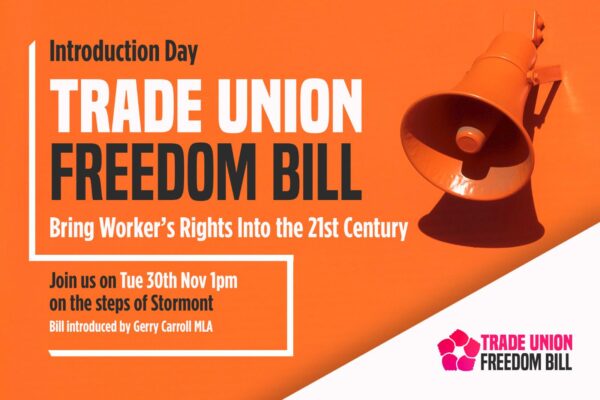 A TRADE Union bill first initiated by former Foyle MLA Eamonn McCann to roll back legislation brought in by Margaret Thatcher could finally be put into place at Stormont.

People Before Profit MLA, Gerry Carroll’s Trade Union Freedom Bill has been formally introduced to the Stormont Assembly – years after his party colleague McCann had done the groundwork for such a motion to be put forward.

Though it has only passed the initial introduction stage, should the Bill go through the subsequent readings at the Assembly and eventually be voted into law, the difference felt by Derry’s workers who are trade union members could be seismic.

“This piece of legislation was first initiated by Eamonn McCann and will make a real difference to all working class communities is passed by the Assembly.

“The Trade Union Freedom Bill will legalise the right to take solidarity action, it will remove barriers to workers joining trade unions, it will bring balloting online and into the 21st century, and it will provide protection for workers who have been dismissed as a result of taking industrial action.

“We’re all expected to stand in awe at billionaire bosses but the pandemic has shown our complete dependence on frontline workers.

“Those same essential workers are often low-paid, suffer poor conditions and are denied the democratic right to trade union representation.

“We hear political establishment parties wax lyrical about essential workers but despite having the power to change these laws no party in the Executive has attempted to do so in more than twenty years.

“This speaks to the rotten cosy relationship between elites and government.

“It’s time to get Thatcher’s reactionary rules off our backs.

“It’s time to end the imbalance at work that favours corporations and elites.

“It’s time to see all workers begin to be treated with respect and dignity.

“We urge everyone to join the call for Stormont to support and pass into law the Trade Union Freedom Bill,” added Cllr Harkin.