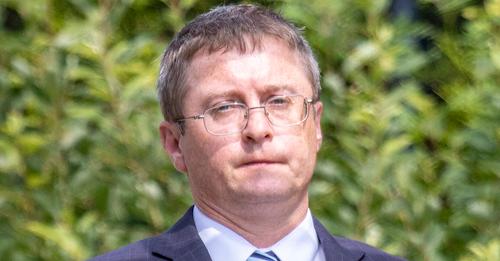 A man who murdered his wife on a family boating holiday in County Fermanagh has been told he must serve a minimum of 20 years in prison.

Stephen McKinney, 45, of Castletown Square, Fintona, was given a life sentence after being found guilty of murdering Lu Na McKinney.

The body of 35-year-old Mrs McKinney was found in Lough Erne beside a jetty on Devenish Island in April 2017.

McKinney was arrested in Derry by PSNI detectives while out shopping in 2018.

While being led away on Thursday at Belfast Crown Court following a tariff hearing, he continued to protest his innocence.

“I’m innocent. I did not do this” he said. But he did and the jury saw through his tissue of lies he gave to police at interview.

The couple and their two children had moored at the jetty during an Easter holiday.

McKinney claimed his wife had fallen into the water after going on deck to check the mooring ropes.

He said he had gone into the water after her, grabbing her at first, but that she slipped from his grip and went underwater.

The prosecution described McKinney as “a controlling, manipulative, coercive man” who had grown tired of his wife.

They said the story he had told the police was a lie to cover up a planned, carefully thought-out murder.

After the sentence was passed today by the trial judge Madam Justice McBride, Detective Superintendent Eamonn Corrigan from PSNI’s Major Investigation Team said: “Today my thoughts are very much with Lu Na’s children and her family whose suffering and loss will live with them for the rest of their lives.

“On Wednesday, 12th April 2017 Stephen McKinney took his family on a boating trip on Lough Erne – Lu Na would never return alive. Her children would return without their mother.

“Following a ‘999’ call from Stephen McKinney stating his wife had fallen into the water and he could not find her, a thorough police investigation ensued.

“Through the dedication and tenacity of the investigating officers, along with the testimonies of expert witnesses who used ground breaking techniques, and working closely with our partners in the Public Prosecution Service, Stephen McKinney was found guilty of the murder of his wife and sentenced today.

“I know today’s sentencing will never bring Lu Na back, however I hope this outcome brings some sort of comfort to her family.

“Stephen McKinney thought he had silenced Lu Na, he hadn’t – police spoke for her and found justice.”

Det Supt Corrigan went on to make a specific appeal to anyone who feels trapped in an abusive relationship:

“Domestic abuse is a terrifying and impactful crime and very often people who are being abused feel isolated, vulnerable and frightened and don’t know where to turn. Please know that help is available. You can contact us on 101 or 999 in an emergency.

“We are here to help you and we will robustly investigate all allegations of abuse and fully support you through the criminal justice process.

“Please be assured that you can come forward in confidence and speak to detectives who will treat you with sensitivity and respect.

“A 24-hour Domestic and Sexual Abuse Helpline is also available to anyone who has concerns about domestic or sexual abuse, now or in the past, the number for which is 0808 802 1414.”

“And we are not the only organisation that can help. Women’s Aid; Rainbow Project, Men’s Advisory Project, Men’s Alliance and other support services also offer a wide range of help and advice – You can find more information online at; https://www.psni.police.uk/crime/domestic-abuse/who-can-help-me/ 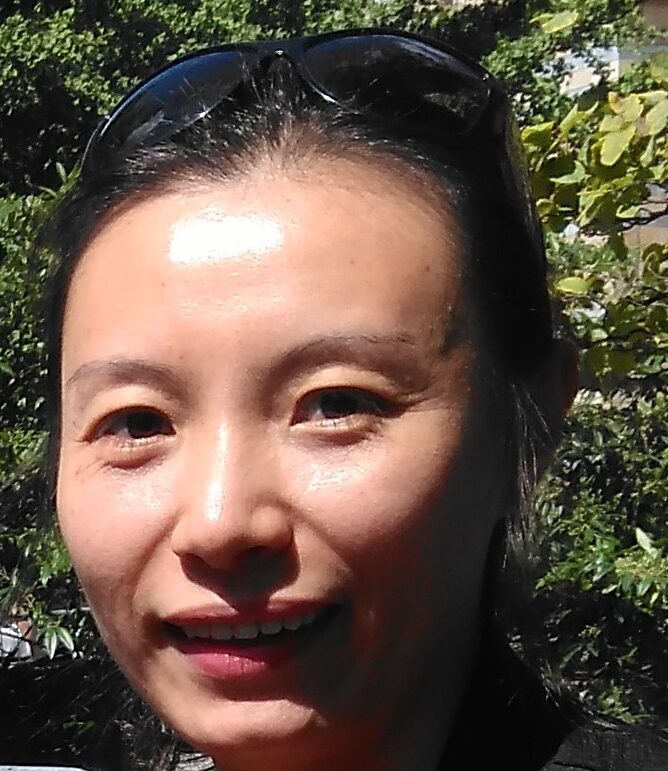 In a statement, the family of Lu Na said: “We would sincerely like to express our thanks to the judge, the jury, the PSNI major investigation team, the prosecution team and all those who assisted the police investigation and the subsequent court trial.

“We appreciate the huge effort and hard work that has been undertaken by many, many people which has contributed to the successful conviction of Stephen McKinney for the murder of our much-loved Lu Na.

“As a family, we have endured four very difficult years, made more difficult living so far away from the investigation and trial.

“We are thankful that Lu Na had so many people fighting for her.

“We appreciate the dedication that was shown by the investigation team who worked on this case and provided our family with detailed updates as the case progressed.

“The outcome of this court process has brought us some justice, it does not change the fact that Lu Na was so cruelly taken from us and we will never be able to see her, talk to her or for Lu Na to be part of our family celebrations.

“We will never get over our loss.

“We all love Lu Na and will miss her forever.