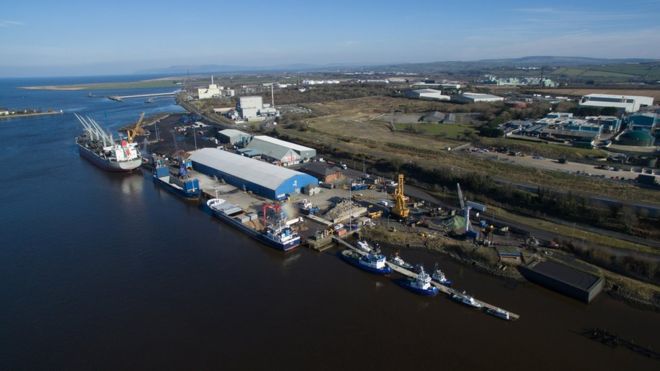 WORKERS at Foyle Port are to go on strike next Monday in a dispute over staff pay increases, with port management urged to bring back a new offer.

Unite the Union said a survey they carried out showed “almost every worker” at the port is “struggling to make ends meet”.

The union said Foyle Port rejected a 2.1% pay increase demand for this year and said this followed a pay freeze last year.

“The rejection of the union claim in effect extends last year’s pay freeze for another year and forces a pay cut on Foyle workers,” the union claimed.

They said they have written to the Port and Harbour Commissioners informing them of the strike action which will begin on Monday, November 29.

It is not clear how long the strike is intended to last, with Foyle Port urged to present another offer.

“The effects of last year’s pay freeze combined with significant levels of inflation means that our members have had their pay cut in real terms.

“Trying to make ends meet is getting tougher and tougher for our members and their families year by year.”

Unite Regional Officer Gareth Scott added: “Unite has written to the Port and Harbour Commissioners outlining our members’ concerns, informing them of the forthcoming strike action, and urging them to intervene with management in a bid to avert what will inevitably be a damaging dispute for the Foyle Port.

“Our members in Foyle Port and the wider sector are determined to secure a meaningful improvement in their terms and conditions.

“There is still time for management to come back to the table and present our members with a realistic proposal.”