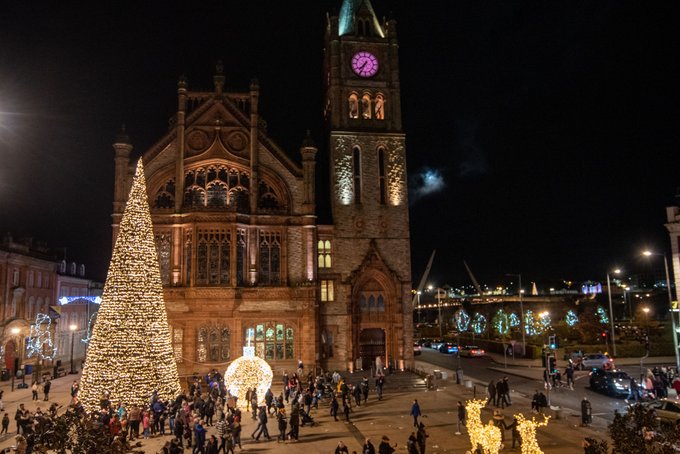 The Executive announced on Tuesday it was reinforcing its work-from-home message.

It comes after Stormont ministers voted in favour of Covid certification to access nightclubs, pubs or restaurants.

“Obviously we’re all very worried about the transmission rates and how we’re going to get over this winter period,” Mrs McLaughlin told BBC Radio Foyle.

“But at the end of the day, the messaging is a bit mixed for our businesses,” she said.

The North of Ireland’s Covid-19 infection rate is currently the highest in the UK.

On Tuesday, Stormont ministers said they were “strengthening” current advice that already states that people should work from home where they can.

They are also advising the public to limit their social contacts.

Mrs McLaughlin said it is vital for businesses that Stormont’s messages are clear.

“On one hand, people have been told to go out and get their (High Street) voucher spent in the shortest period of time. And then on the other, they’re saying: ‘Stay at home, stay away’,” Mrs McLaughlin said.

Businesses “needed a good run at Christmas”, she said, but with workers staying at home, High Streets face a very real problem if people either “can’t or won’t come in”.

“For our businesses, that has created an awful lot of anxiety and pressure because they have worked so hard, they have had such a difficult 20 months, and they need this good trading period to take them into next year,” she added.

The Covid passport scheme, which is due to come into effect on 29 November, requires people to provide a passport or proof of a Covid test result to access nightclubs, pubs or restaurants.

Mrs McLaughlin said there is little clear guidance for businesses on how the scheme will work.

“Where’s the detail? When are we going to get it? How are they going to manage it and what support packages are going to be in place for our businesses to see them through?,” she said.

Businesses are moving forward with trepidation, she added.

One local business owner has called for clarity from politicians.

He’s worried about the affect the decision to strengthen work-from-home guidance will have. 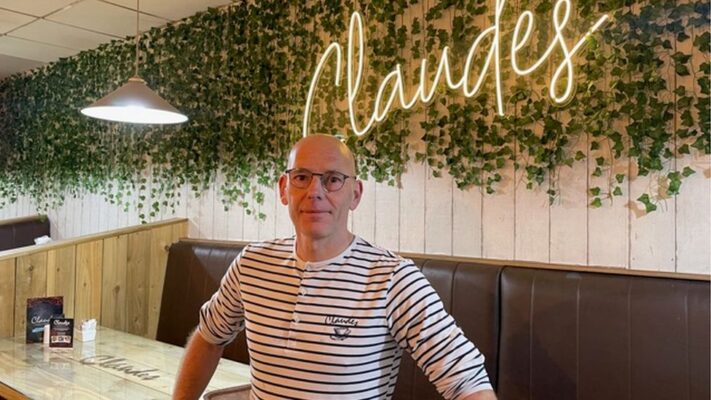 “We have seen, slowly, people returning to office-based jobs, and now with this, coming into Christmas time, people are going to be back to work-from-home and we will see a downturn in our business,” he said.

He’s also concerned about how his business will manage the Covid passport scheme.

“I hate to use the word confusion, it’s been the word for the last 18 months, but we really aren’t sure what is to come.

“Another good word is clarity. We don’t have much clarity in terms of how this is going to be rolled out, in terms of do we literally stop people at the door? ”

Mr Moore said it is a time of “uncertainty for staff, for ourselves and for customers”.