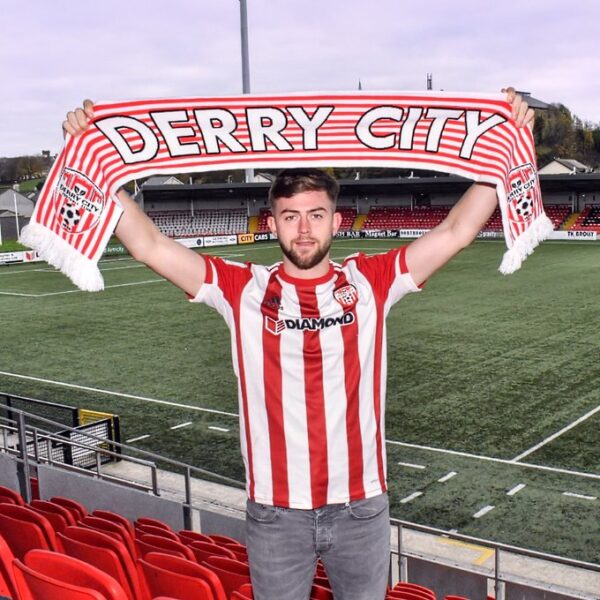 DERRY City have completed the signing of midfielder Will Patching this afternoon as Ruaidhri Higgins continues his preparations for the 2022 season.

The 23-year old spent the first half of this season at the Brandywell on loan from Dundalk.

His six goals and six assists in 16 outings made him an absolute fan’s favourite on Foyleside before he was recalled by his parent club at the end of June.

One of Patching’s goals was Derry’s first under Higgins’ reign – his penalty the difference between the teams as the new manager started with a 1-0 win at the Sligo Showgrounds.

Announcing the 2-year deal at today’s press conference, the Derry boss was clearly delighted to get his man.

“It’s brilliant for us to be able to bring a player of Will’s quality to the club on a permanent deal.”

“He struck up an immediate relationship with our supporters earlier in the year and they will be excited to see him back at the club.”

“We want to bring top players to Derry City and Will Patching is definitely in that category.

“I’m delighted to have him here.”