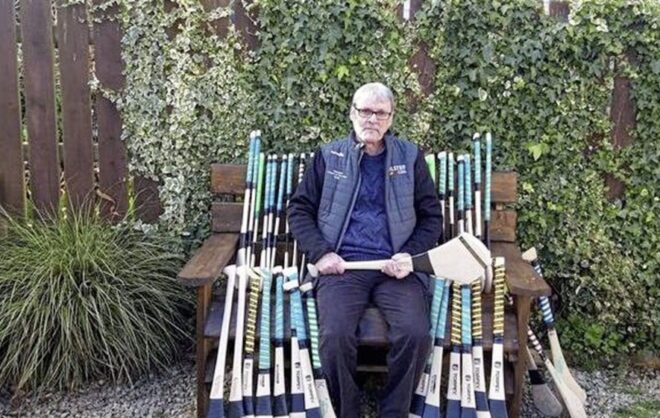 THE funeral will take place on Monday of Derry hurling stalwart Sean Mellon.

A founding member of Na Magha GAA club, the father-of-six, who was in his 70s, sadly died at his Beechwood Avenue home on Wednesday night, November 17.

A family notice reads: “We regret to inform you that the death has taken place of Seán Mellon, peacefully at his late home 21 Beechwood Avenue, on the 18th of November 2021, surrounded by all of his loving family.

“A much loved brother of Tommy, Mary, Bridgeen, Pearse and the late Stephen. Deeply regretted and sadly missed by all his wider family circle, friends and neighbours.

“Seán’s remains will be reposing at his late home, 21 Beechwood Avenue.

His remains will leave his late home at 8:20am for 9am requiem mass in St. Eugene’s Cathedral on Monday 22nd November 2021.

“Please maintain social distancing and adhere to government guidelines at all times.

“Seán’s funeral requiem mass can be streamed live via this link: http://www.steugenescathedral.com/webcam.html

Tributes have poured in across Derry following Sean’s sad passing.

GAA clubs across the city also offered their condolences, with Doire Colmcille describing him as a ‘much respected Gael who tirelessly promoted Gaelic Games within in the city’.

“Our thoughts go out to his family and all our friends of Na Magha on the passing of a Great City Gael,” said a spokesperson for Steelstown Brian Óg’s, while Sean Dolan’s GAC paid tribute to Seán as a ‘legend of hurling’.

“CLG An Chúil Mhór would like to offer our sincere condolences to the Mellon family and everyone at CLG Na Magha on the sad passing of Club legend Sean Mellon,” they said.

“Sean coached Hurling and Camogie in the city for the past 52 years and dedicated his life to the Na Magha Club doing all he could to promote the games.

“A passionate Gael who will be dearly missed.”