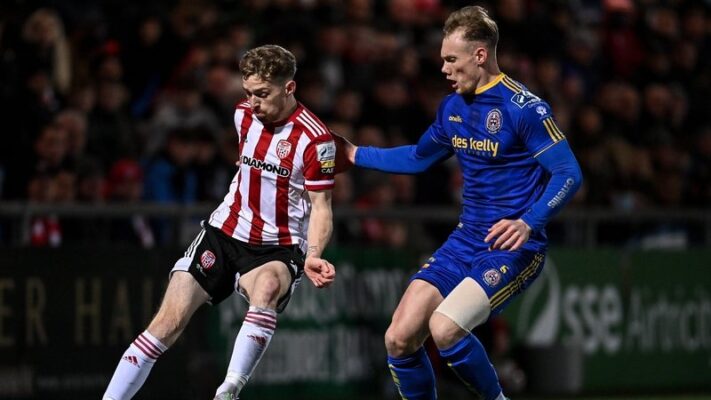 TONIGHT is the final night of the SSE Airtricity Premier Division season on Friday.

And all Derry City fans will be keenly watching to see if the team can clinch fourth spot in the table and a place in European football next season.

The title has been wrapped up for a number of weeks with Shamrock Rovers set to lift the trophy again against Drogheda United (live on RTÉ 2).

Fourth place will help decide the final team to play in Europe next year, while ninth spot determines the opponent for the First Division play-off winner in the relegation/promotion decider.

A European finish was possible for a host of teams due to the competitive nature of the season.

Sligo Rovers secured third spot earlier this month in what will be the Bit O’ Red’s highest league finish in eight seasons.

Bohemians have two chances to seal the final European place in the next two weeks.

They need to match or better Derry City’s result tonight to stay there.

If they do so, Europe beckons. Dundalk could end up level on points with these two sides if they emerge with the victory.

However, their inferior goal difference makes it nigh on impossible for them to jump to fourth.

Should Derry do better than Bohs and sneak into that fourth spot, they would come into the mix.

The European place awarded to the winner of the FAI Cup would go to the Candystripes if St Patrick’s Athletic go on to lift the trophy as the Saints have already qualified by finishing second in the league.

If Bohs finish fifth, they can still make Europe by winning in Landsdowne Road next week.

Candystripes manager Ruaidhri Higgins says his side will certainly be giving it a real go tonight in a last ditched bid to claim a place in Europe.

“Fourth place is out of our hands but all we can do is try to win the game at Dundalk and see where that takes us.

“It’s been honours even between us in the three matches so far this season – one win each and a draw- so there’s been little separating the teams.

“We have a few players missing for the final game which isn’t ideal – Eoin Toal is suspended, Marc Walsh is out through injury and Junior obviously isn’t available against his parent club.

“Bastien Hery is back from international duty and he will go into the squad, and Cameron McJannet is fit again too.

“There’s likely to be a great atmosphere and we’re expecting a fair amount of travelling support, so hopefully it will be a very decent game.”