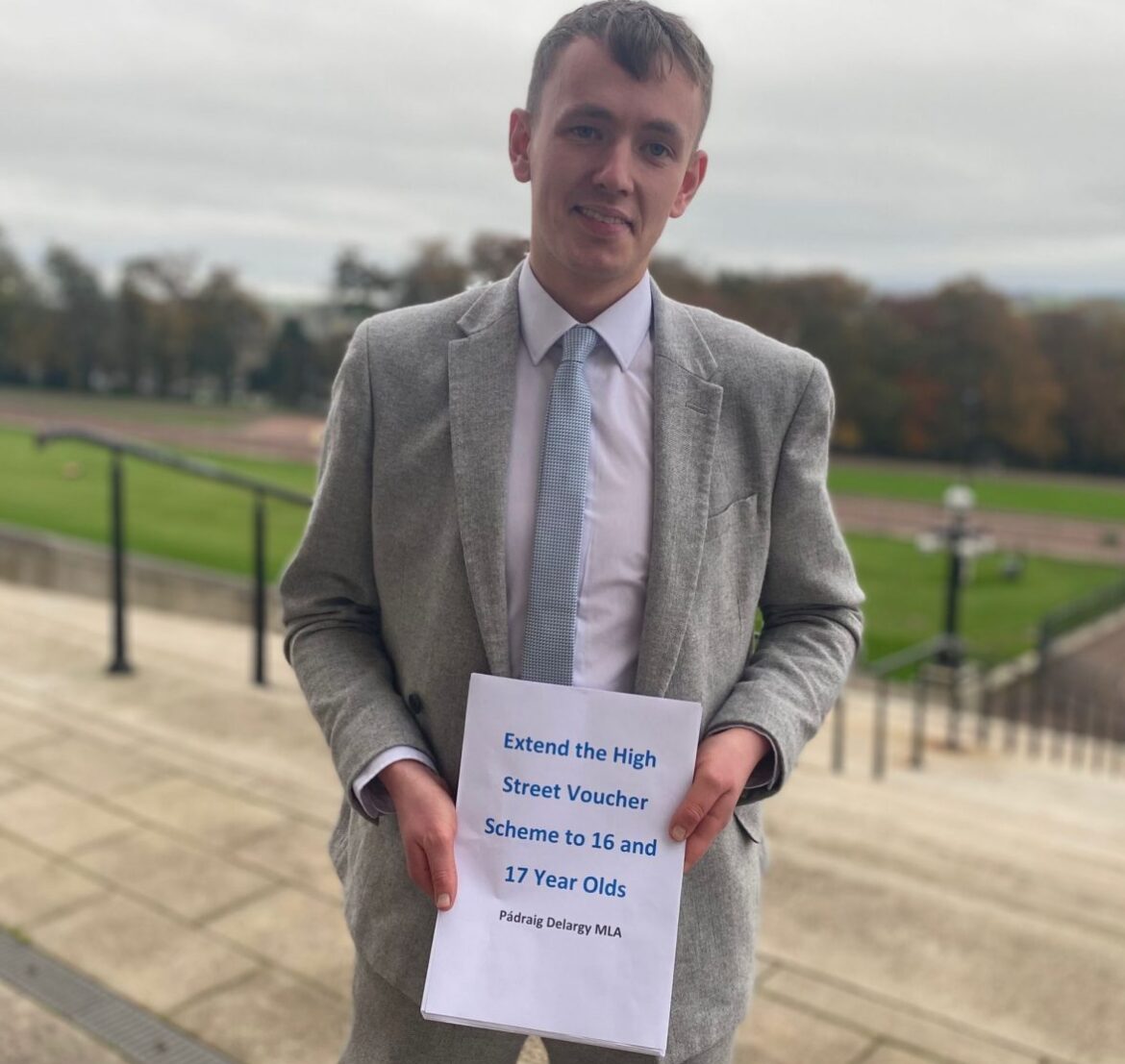 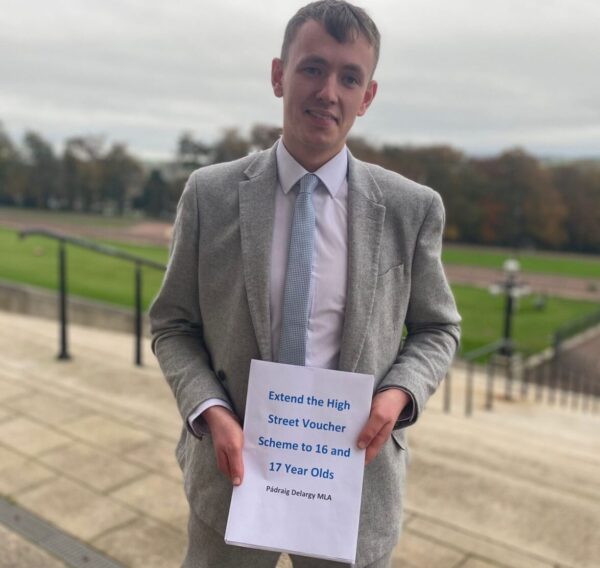 SINN Féin’s Pádraig Delargy has presented a petition to the Assembly calling for the extension of the High Street Voucher scheme to young people aged 16 and 17.

Said the Foyle MLA said: “I have presented my petition which has been signed by almost 2,000 people calling for the extension of the High Street Voucher to 16 and 17 year-olds.

“These young people are eligible to work, pay tax and contribute to our economy like everyone else, it’s unfair that they have been excluded.

“The DUP Economy Minister should extend this voucher and give these young people the chance to help boost the economy before the scheme ends in December.

“The petition will remain live and people can still sign it here: www.change.org/p/northern-ireland-assembly-i-m-calling-on-the-economy-minister-to-extend-the-high-street-voucher-to-16-17-year-olds