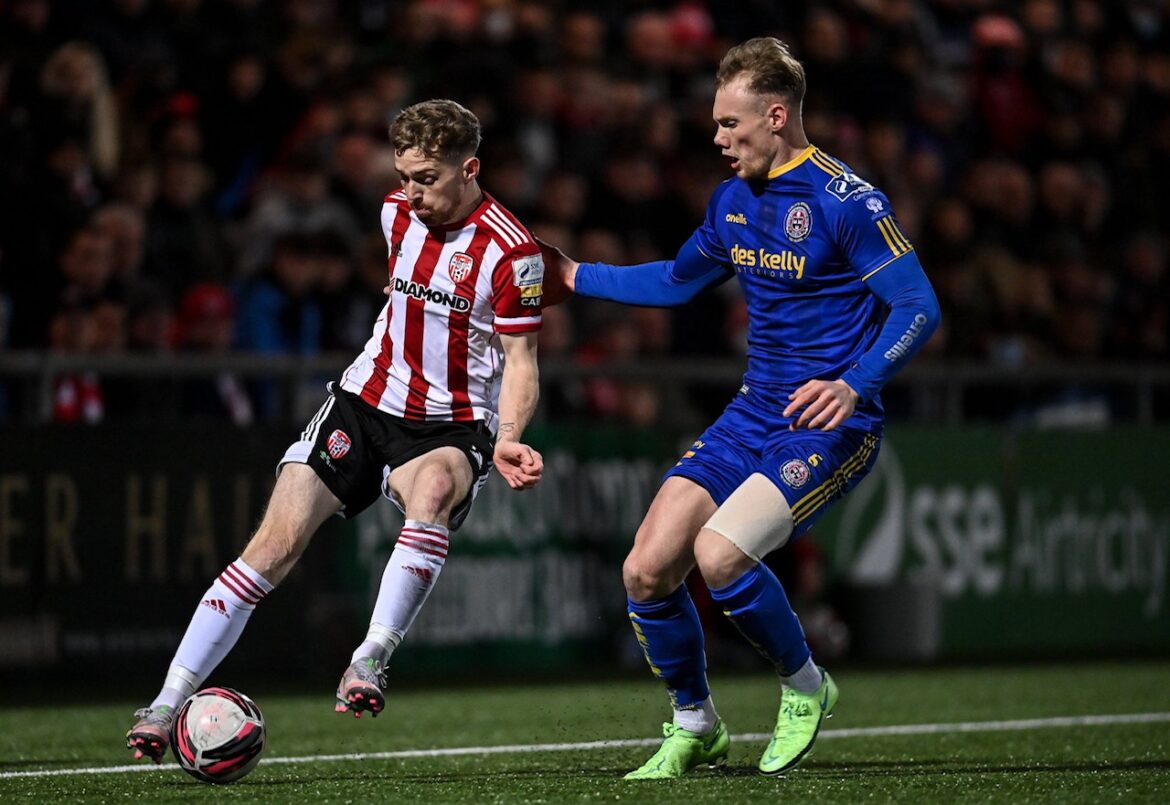 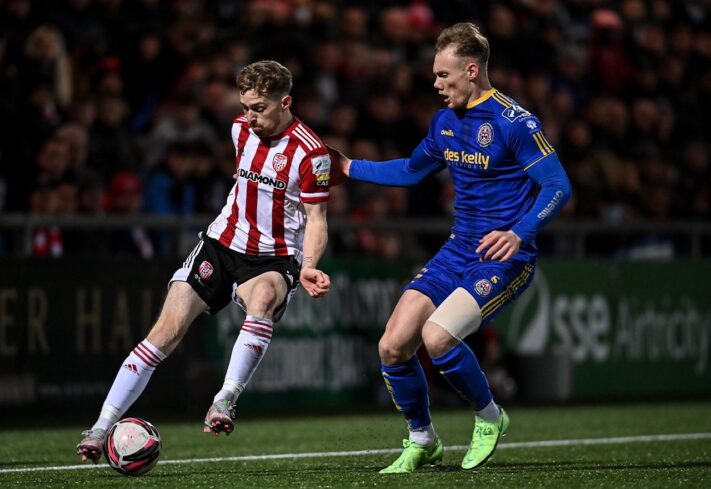 DERRY City battled hard for a win and in the end thanks to Ronan Boyce’s 92nd minute leveller means they are still in with a chance of securing European football for next season.

But third-placed Sligo Rovers are now four points ahead of Derry after their 2-0 win over Drogheda United.

Only third place will guarantee Derry a European place in 2022.

Ruaidhri Higgins’ side battled hard and in the end thanks to Boyce’s 92nd minute leveller means they are still in with a chance of securing European football for next season.

The home side started on the front off and they created a half-chance on 15 minutes but Jamie McGonigle’s left footed effort from just inside the box was easily saved by Bohs keeper James Talbot.

The Gypsies should have taken the lead on 24 minutes as Ronan Boyce’s header back to his keeper was well short and only released Liam Burt, but the Bohs man’s side footed strike was superbly kept out by a diving Nathan Gartside.

Soon after Gartside had to deny Ali Coote for a second time, again the City shot-stopper did well to keep the effort out.

Derry would have taken the lead on 43 minutes but for a wonder save by Talbot, somehow the keeper kept out Junior Ogedi-Uzokwe’s powerful close range header.

Right on the stroke of half-time Promise Omochere nearly broke the deadlock, but his side footed effort was parried away by Gartside.

Omochere did get on the score-sheet on 50 minutes as he rolled Eoin Toal, before seeing his powerful 20 yard strike fizz into Gartside’s bottom right hand corner.

Coote latched onto Gartside’s mistake on 76 minutes when the keeper missed judged the ball back to him, the keeper was saved by Toal, as he cleared Ross Tierney’s side footed effort, after he was teed up by Coote.

The woodwork came to Bohs’ rescue on 79 minutes as Junior’s volley following a goal mouth scramble, came back off the crossbar.

McGonigle was inches away from levelling things from Cameron McJannet’s left wing cross, but the striker headed wide at the near post.

Derry deservedly drew level late on as Akintunde’s left wing cross found Boyce at the back post and the defender turned the ball home from close range.