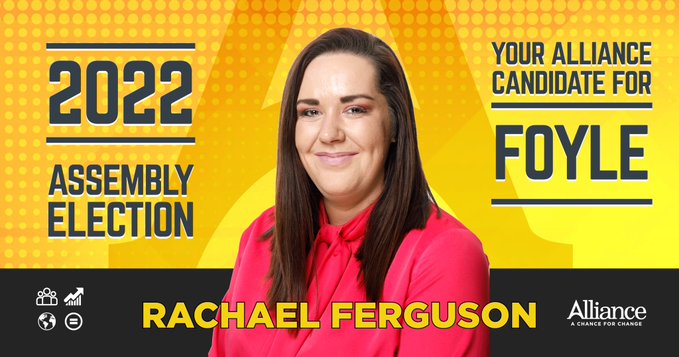 THE Alliance Party has selected Rachael Ferguson to run as it is candidate in Foyle in the 2022 Assembly elections.

The elections are expected to be held before the end of May 2022.

Following her selection on Tuesday night, Councillor Ferguson tweeted: “Pleased that our Alliance Foyle members have chosen to put their faith in m and have selected me tonight as their Candidate for the Assembly Elections 2022.”

Rachael Ferguson was elected in 2019 as a councillor on Derry City and Strabane District Council to represent the Faughan ward.