Old and new worlds collide as UU takes on Halloween

DERRY Halloween has always been a community led event, and this year is no different with a whole host of local organisations collaborating to create a world class programme of events with a difference.

Ulster University is one of the partners working closely with Council to bring some added ‘je ne sais quoi’ to the celebrations, thanks to the innovative input of a cross-departmental group of students who are pooling their creative and technical talents to come up with some haunting new ideas.

The university responded to a call out for creative content for this year’s programme and the students have certainly met the challenge, with four original projects to be unveiled during the Awakening the Walled City Trail, beginning on Friday October 29th.

The first brings together Music, Performing Arts and Computing and Engineering students who have come up with an eerily atmospheric installation to help transform Derry’s riverside into the ethereal world of the Whispering Wharf, one of five magical worlds hosting the Halloween festival this year.

A specially designed installation will light up the Foyle Arts Building featuring some ghoulish graphics set to music. Animated scores will light up the interior of the building illuminating the pieces being played by the university’s Experimental music students.

The old and new worlds collide as the university’s Computer Animation students breathe life into popular robotics creation NAO. The cute robot is already no stranger to Youtube thanks to Dr Emmett Kerr, and his antics will be captured in a clever animation featuring NAO in his new guise as a robot ghost out for some Halloween mischief.

Look out for his giant inflatable robot alter ego as it haunts the Strand Road Campus.

There’s plenty to do as well as see, with some interactive Zombie led activity on campus, as the Foyle Arts Centre is besieged by the living dead. Drama students will lead groups on a sinister scavenger hunt through the building, using technology to outwit their zombie hunters.

What would you do if zombies took over the world? A student from the School of Computing, Jake Buchanan has developed a bespoke website for the event, full of tips as to how to spot a Zombie and how to prepare an emergency kit, available at: https://halloweenatulster.co.uk/ 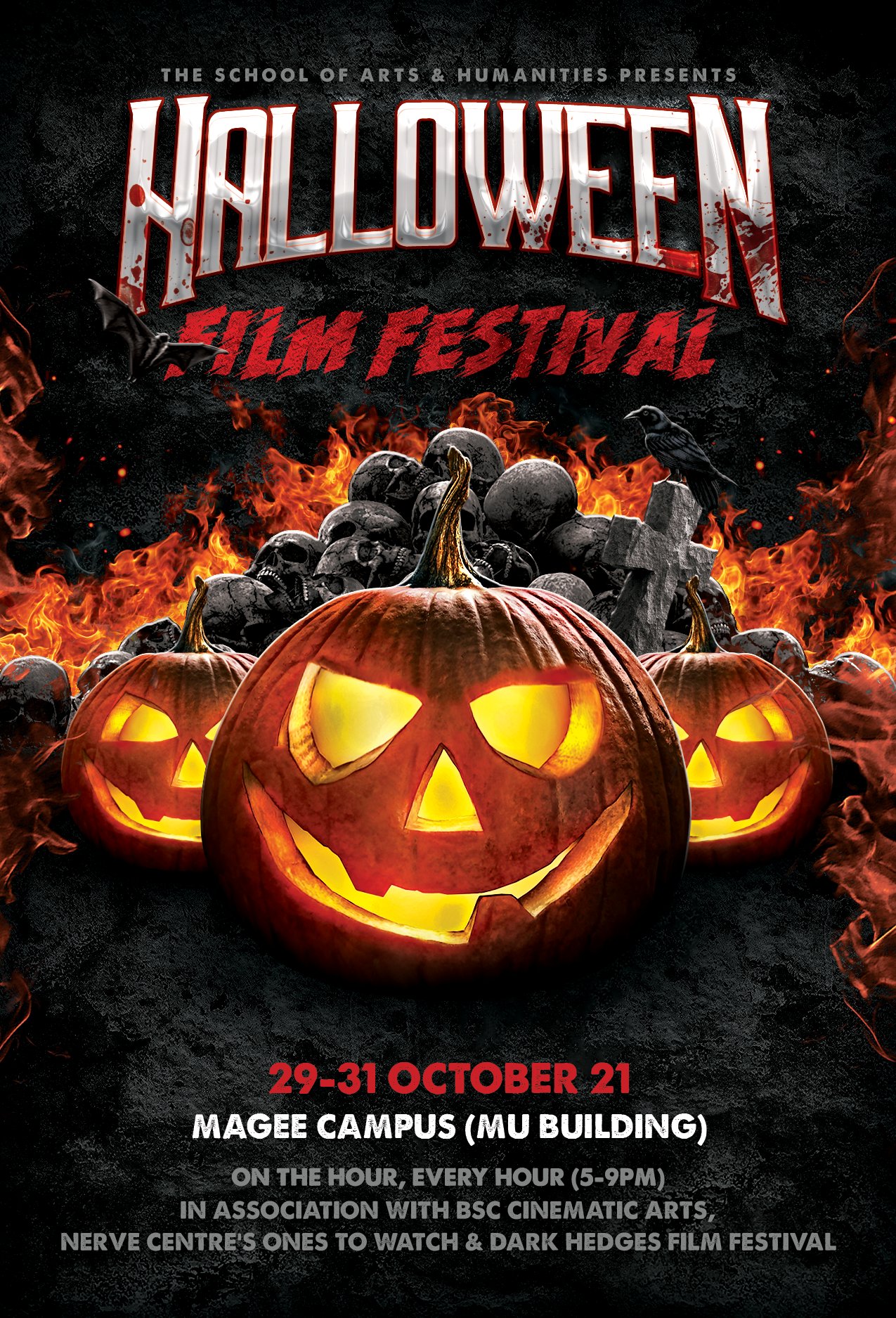 For those who dare to be scared, Professor Victoria McCollum is currently working with the Nerve Centre to come up with the ultimate cinematic showcase of N. Irish horror to be screened at the university over the course of the festival.

Each night horror fans can view the very best productions hand-picked by the Cinematic team at UU.

It’s been an exciting year for the university with the opening of the new School of Medicine, the launch of NI’s first paramedic science degree and the return of students and staff to campus.

Halloween now brings an opportunity to welcome people to the campus to see for themselves all it has to offer, and to share in the beginning of this exciting new chapter for the university.

Professor Tom Maguire, Head of the School of Arts, Humanities and Social Sciences said it had been a brilliant experience for the students and a great opportunity to bring different departments together.

“We are just delighted to respond to Derry Council’s call out for a creative collaboration to help to expand the foot-print of the iconic Derry Hallowe’en Festival this year.

“Students and staff alike have gotten on board to offer an exciting programme featuring everything from a Zombie Apocalypse Scavenger Hunt involving students from Drama and Music, to a NI Short Horror Film Showcase curated by Cinematic Arts in partnership with the Nerve Centre and Dark Hedges Film Festival.

“Our Magee campus is a vibrant, innovative and creative place to be. It is a space for the whole community to enjoy.

“We look forward to opening our zombie arms to welcome one and all during Friday 29 October to Sunday 31 October.”

“In a nod to Frankenstein and the Derry City Deal, we are re-imagining Nao, the Magee robot, as a Halloween themed android.

“Our computing students are collaborating with drama students on the digital elements of the ‘Surviving the Zombie Apocalypse’ so that the groups who take part can interact using their phones.

“In addition, Computer Animation staff and students have devised a fun animation featuring Hallowe’en Nao which we’ll project out of our school building on the Strand Road as part of the Whispering Wharf zone.

“The Halloween at Magee programme will feature many tricks and treats for the local community and who knows, it could be the start of a life-long adventure with Ulster for many young people in the city and region.

“We are proud to be part of the wonderful Derry Hallowe’en Festival which does so much to put Derry on the map the world over every year.”

Council Festival and Events Manager Jacqueline Whoriskey said she couldn’t wait to see the new elements being brought to this year’s programme by the Ulster University students. 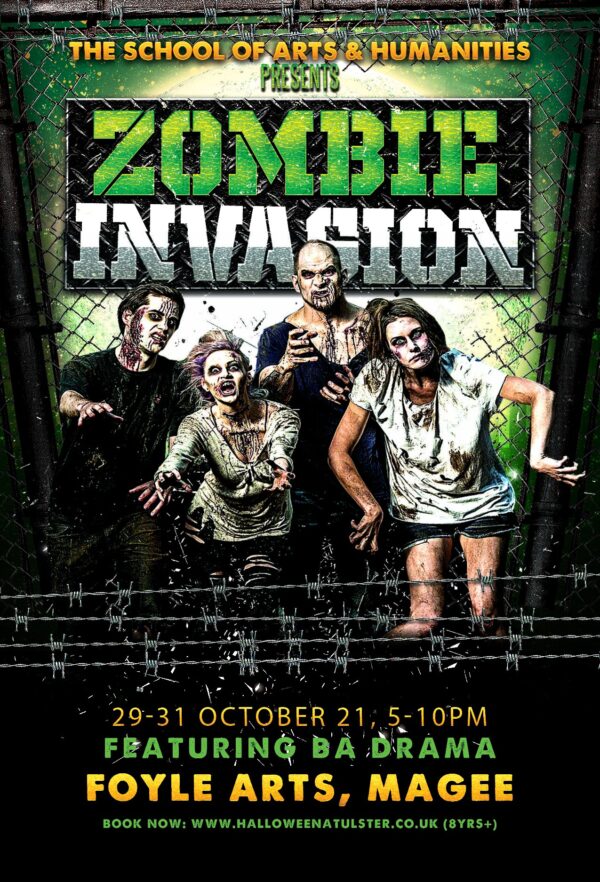 “We love a bit of collaboration and we are delighted to be partnering once again with Ulster University who bring a rich pool of new talent and ideas to our celebration.

“It’s fantastic to see younger people inspired by the event that has made such a name for Derry, and to see them put their own stamp on the programme.”

All of the events taking place at Magee are free but many are ticketed due to numbers.

You can book tickets for all the events on Event Brite – more details at: https://derryhalloween.com/whats-on-derry/