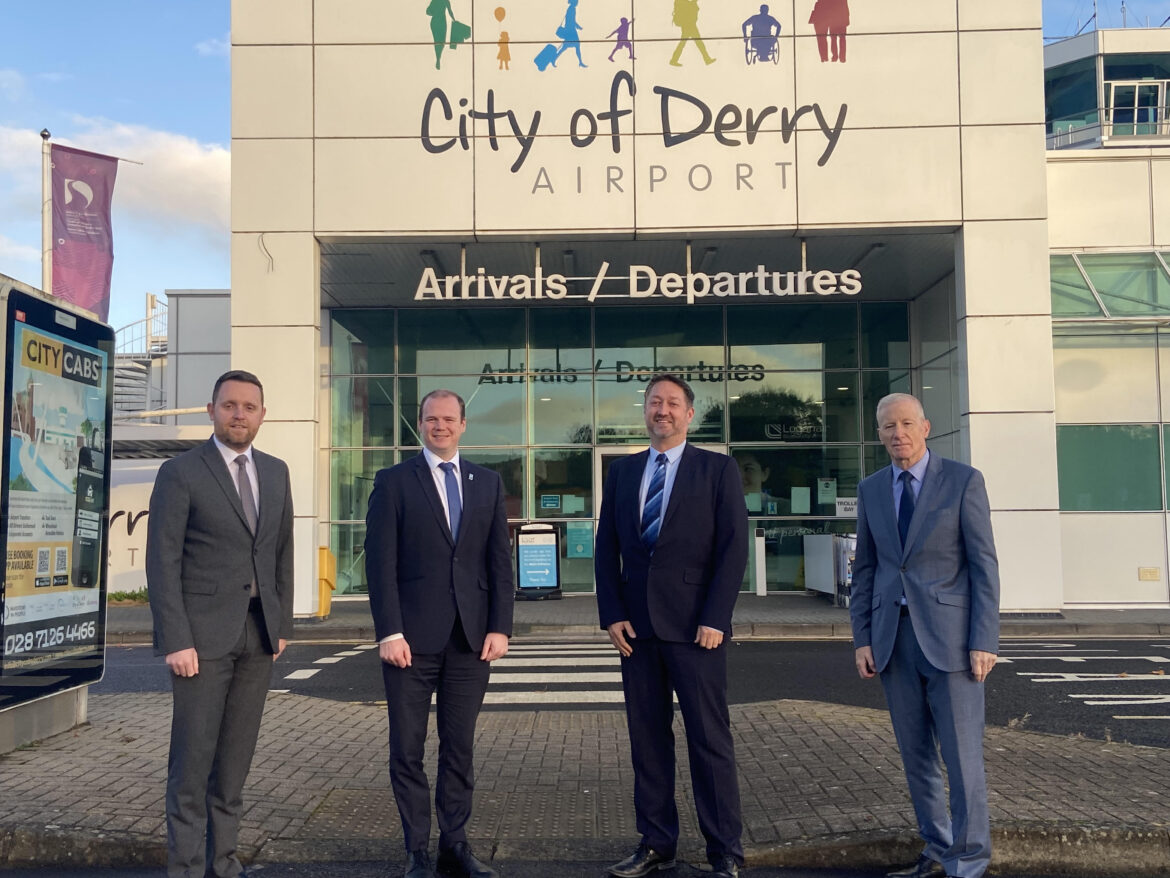 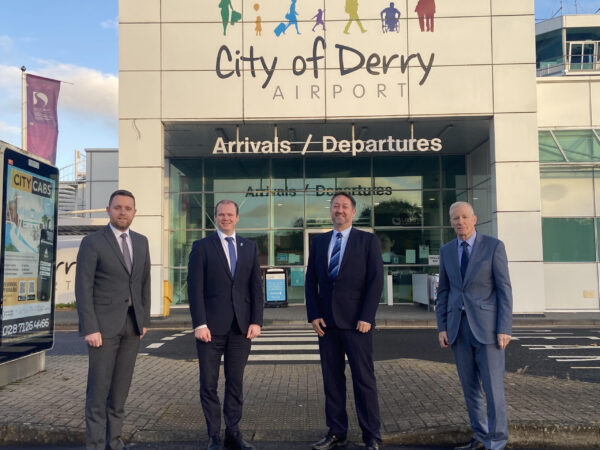 DUP Foyle MLA Gary Middleton has stressed the importance of City of Derry airport to the wider North West region.

He was speaking after meeting management of the airport alongside Economy Minister Gordon Lyons this morning.

Mr Middleton said: “I was pleased to meet with the airport this morning and I understand clearly the importance of the airport to the economy of the north west region.

“Connectivity is vital here in Northern Ireland, and particularly our links with the rest of the United Kingdom.

“The Economy Minister has participated in the Union Connectivity Review and his Department also funds the public service obligation which maintains the Stansted route from Londonderry.

“This regressive tax is not levied in other jurisdictions and unfortunately last year’s budget moved to increase this tax rather than assist this hard pressed industry.

“There are commitments within the New Decade New Approach agreement relating to the airport and I look forward to seeing proposals from the Infrastructure Minister which can take this forward.

“I will also continue to work closely with the Economy Minister as we seek to maximise the potential the airport has and deliver the benefits it can bring to the wider region.”