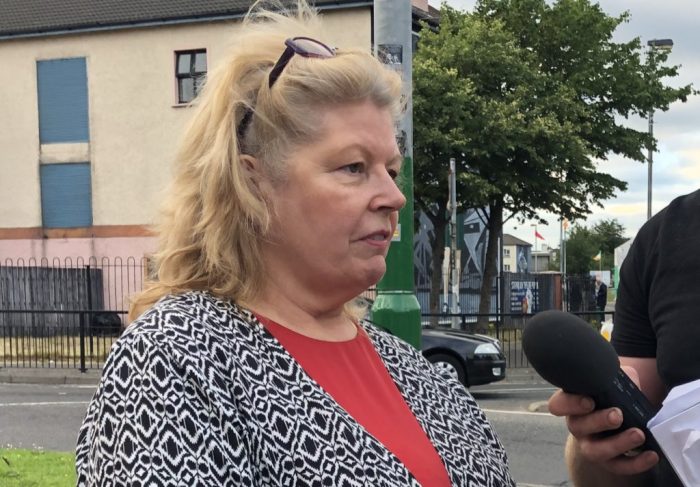 SINN Féin Councillor Patricia Logue has contacted Derry City and Strabane District Council to ask for emergency repairs to be carried out on a section of walkway along the riverfront at Foyle Road.

She made her call after a number of people who use the walkway complained about the surface and a number of dislodged stones.

Said Cllr Logue: “I was contacted by a number of people concerned that some of the stones on the walkway have become dislodged and asking if repairs could be carried out there as speedily as possible to prevent any potential accidents.

“This is a very busy walkway used by hundreds of people each day. We are heading into the dark mornings and nights and at some sections of this walkway there is little or no lighting.

“I have been in touch with the Council to see if they can get these repairs done as soon as possible.”