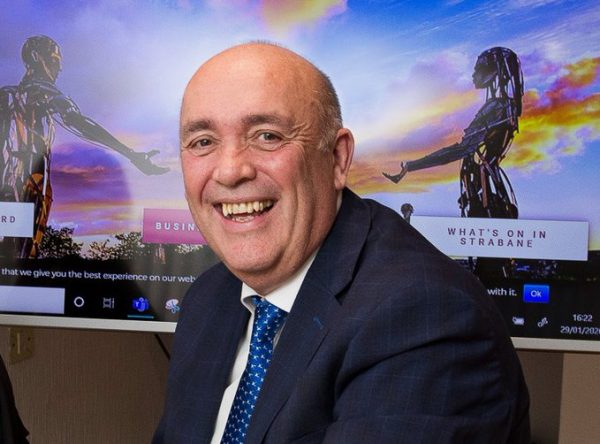 THE webinar series which was launched to celebrate innovation in the North West continues in October under the theme: ‘Playing the Innovation Game’ featuring Kieran Kennedy, Chair of 21 Training and former MD of O’Neills Irish International Sports Company.

Mr Kennedy, who is due to receive an MBE in early 2022, also holds key roles as Chairman of Strabane BID and Board member with Invest Northern Ireland.

During the recent COVID-19 crisis, Kieran and the team at O’Neills worked tirelessly to support the health service in the North West through the production of critically needed Personal Protective Equipment (PPE).

Derry Chamber of Commerce, Derry City and Strabane District Council and Ulster University are collaborating on the series in which City Deal partners select case studies from the region and take some time to discuss what innovation means in practice within a business and general advice on embracing digital technologies.

The Innovation Stories webinars follow the signing of the historic Derry and Strabane City Deal in February, and also come as Northern Ireland embarks on a Decade of Innovation, set out in the recent publication of the Department for the Economy’s 10X Economy paper.

“We are inviting businesses to hear best practice and to leave with an idea of how they will play their part in the Decade of Innovation.

“We are privileged to have Kieran Kennedy feature in this webinar.

“As well as his years of leadership at O’Neills and his various directorships, Kieran is the only Northern Ireland representative from manufacturing to the Department of Trade and Industry trade advisory group and he will have many insights to offer on the topic of innovation. ”

For further information and to book go to: https://londonderrychamber.co.uk/events/innovation-for-growth-playing-the-innovation-game-14-october/