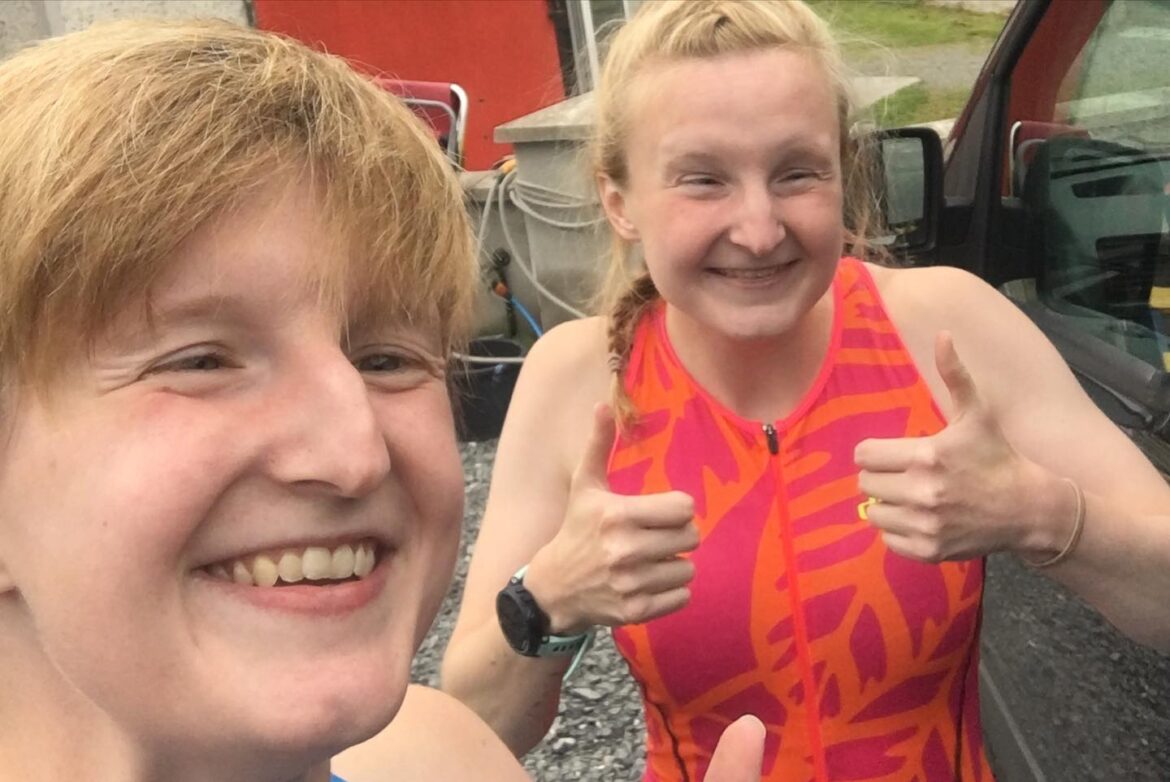 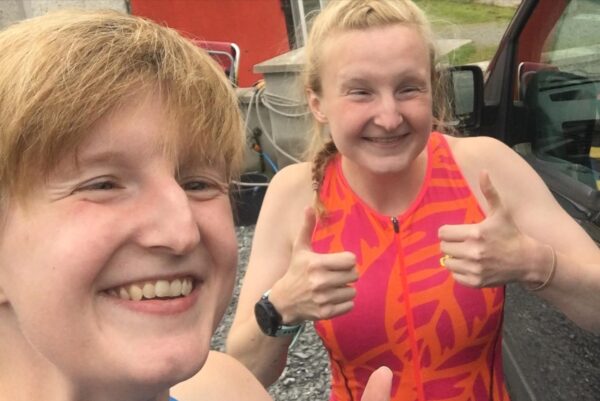 CLAUDY para-triathletes Chloe and Judith MacCombe have put themselves in pole position for a place in the Northern Ireland team for the Commonwealth Games after claiming first and second place at the national championships in Limerick last week.

Chloe’s gold medal finish and her twin sister Judith’s runner up spot was a reverse of the result at the same competition in Drogheda pre lockdown in 2019.

It leaves them in eighth and tenth place respectively in the Commonwealth Games rankings where the top ten will qualify for the games in Birmingham next summer.

They have been working daily towards their goal at the Foyle Arena where Derry City and Strabane District Council’s Athlete Support Membership Scheme gives them free access to Council leisure facilities.

The 26 year-olds are former students at Limavady Grammar and were diagnosed at birth with a form of albinism that
means their sight is around one third of what someone with 20/20 vision would experience.

They have barely spent a day apart in those 26 years and both studied Geography at Ulster University in Coleraine during which time a chance meeting with Irish Triathlon High Performance Coach Eamon Tilley guided them towards the gruelling discipline.

“We got involved in rugby and rowing at Coleraine and were talent spotted by the Irish Para Rowing Team and while we were there Eamon Tilley suggested we try the triathlon.

“We started going to training days in 2017 and we took part in our first race in 2018, we didn’t perform that well but enjoyed the challenge of pushing ourselves so we did a few more events and started to improve.”

The big breakthrough for the girls came in 2019 when Judith claimed first and Chloe second place at the National Paratriathlon Championships at Pulse Port Beach in Drogheda, it looked to be the start of an exciting period but the Covid 19 pandemic led to an end to all competition in 2020.

“It was a big challenge to keep the momentum of our training going during lockdown,” said Judith. “We had been coming to the Foyle Arena 5 or 6 times a week so to lose access was a big blow.

“We have an intimate knowledge of the back roads of Claudy from all the cycling and running we did while the centre was closed, it has been great to get access back, particularly in the pool which has now been divided up for different swimming speeds.”

“Limerick was our first major event after lockdown so we weren’t sure how it would go,” Chloe added.

“I am stronger on the bike but I knew Judith would make up ground on me on the run so I had to make sure I had a lead. 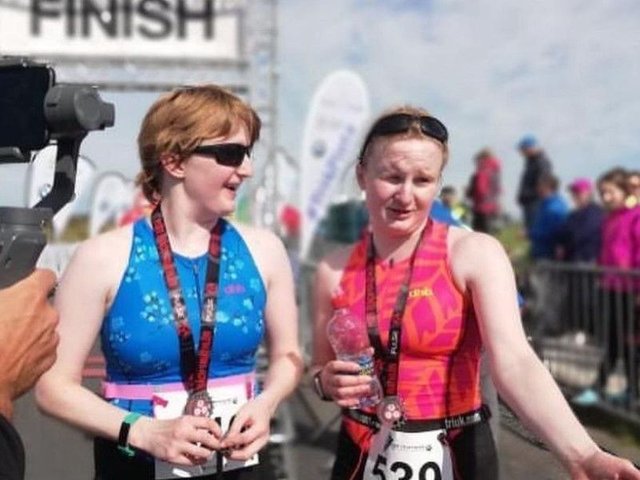 “The membership scheme has had a massive impact on our success, training for a triathlon is very expensive and we don’t get any funding so it has been a real lifeline.

“The facilities at the Foyle Arena are world class and the staff and coaches here have been very accommodating and taken a genuine interest in our journey.

“To compete at the Commonwealth Games alongside my sister would be a dream come true and that goal drives us each day to train harder and get faster.”

The Athlete Support Membership Scheme aims to provide talented local athletes involved in an amateur sport with the best possible opportunities to develop and prepare for competition.

Applicants must be currently part of a recognised gover​ning body, talent pathway or be officially representing their sport at county level or higher.

Applicants who fulfil the criteria will be entitled to six months free access to gym, health suite and swimming pool facilities, they must be involved in an amateur sport which is recognised by either Sport Northern Ireland or the Irish Sports Council.

Sports Coordinator at DCSDC Keith Thompson added: “World level athletes need world class facilities to compete at the highest level and we are delighted to be able to support a number of elite athletes at the Foyle Arena through free membership.

“The team at the Foyle Arena are delighted for them and we are pleased to have played a role in their success.”

To apply for the Athlete Support Membership scheme e mail Keith at keith.thompson@derrystrabane.com.