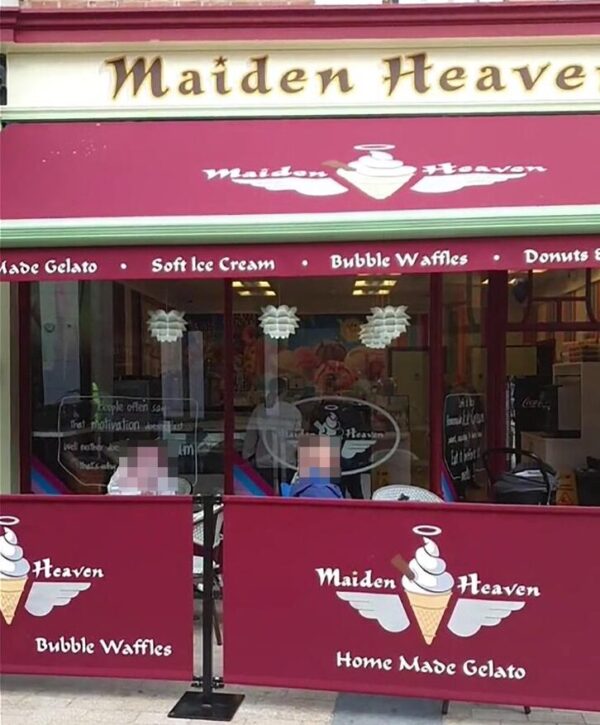 THE owner of a new ice-cream shop in Derry has apologised for its logo design which “bears a striking resemblance” to the Parachute Regiment’s insignia.

The Maiden Heaven shop serves homemade gelato and has proven popular with locals since opening.

On Bloody Sunday, January 30, 1972, soldiers in the British Army’s Parachute Regiment were responsible for killing 13 innocent civilians in the city. Another man died from his injuries months later.

The flag is considered a contentious symbol in the city. At times it has been displayed on lamp posts in loyalist areas and it is often burned on republican bonfires.

At an Apprentice Boys of Derry parade in 2019, the Clyde Valley Flute Band caused controversy when they marched through the city wearing the insignia with the letter F underneath – in reference to a soldier who was charged with murder and attempted murder on Bloody Sunday.

In a post on Facebook, owner of Maiden Heaven in Waterloo Place, Mohamed Ali, apologised for the oversight and explained that he’s “working to change it”.

He said: “It has been brought to my attention over the last few days by few good friends that the logo for Maiden Heaven coffee shop and ice cream bears a striking resemblance to the Parachute Regiment insignia.

“Given the history of this city and the fact that the Parachute Regiment shot dead innocent people on the streets of Derry, I would NEVER have knowingly used a logo that would offend or hurt the people of this city that I love and the city that has been my home over the last 15 years. 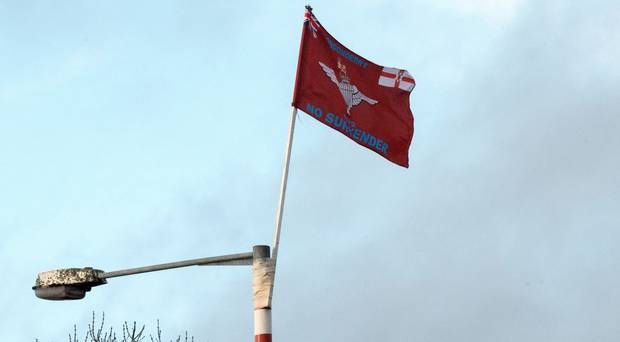 “I am working now to change this. And sorry if anyone was offended by this logo and color, I would never have used it to promote my business had I realised the similarity.”

In the comment section under his post people were understanding, saying they realise it was an “honest mistake” and that he has “worked hard to make our wee city better”.

While others said “people have too much time on their hands” if they noticed it.