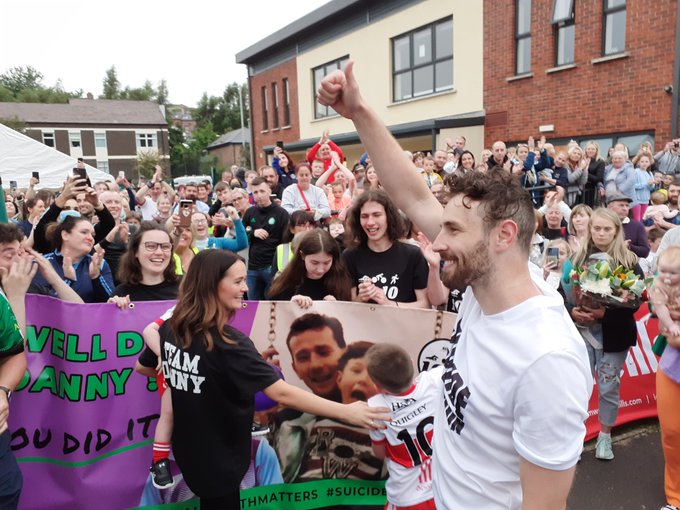 It follows Danny’s heroic sporting achievement in completing 10 Iron Man challenges in 10 days to raise money for Pieta House and the Bogside & Brandywell Health Forum’s 1-2-1 Counselling Service, in memory of his father Colm who died by suicide ten years ago.

Said the Foyle MP: “Danny stands out as an inspiration to people across Derry and beyond for his commitment and athleticism. His contribution will undoubtedly have a positive impact on the lives of many across the city.

“To raise much-needed funds for Pieta House and the Bogside and Brandywell Health Forum’s 1-2-1 counselling service, he undertook an unbelievable feat of human strength and endurance of completing 10 Iron Man challenges in 10 days.

“I am proud to raise Danny’s astounding feat in Parliament and celebrate all the work that he has done to raise funds for these vital services. 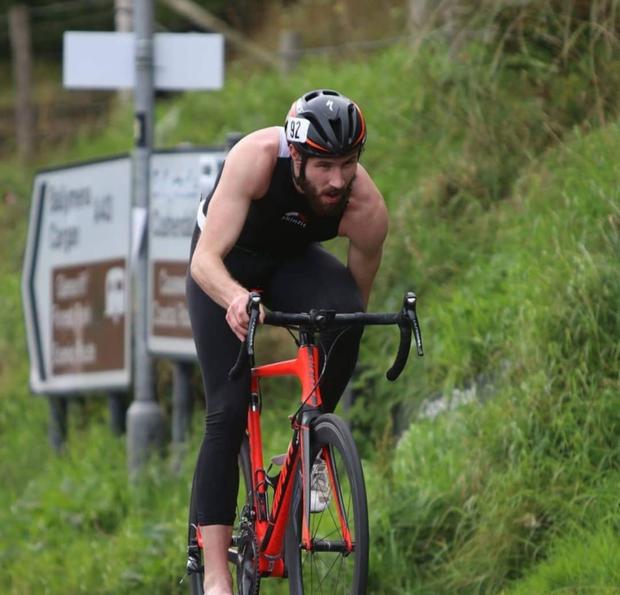 “Derry stood squarely behind Danny through his journey and has supported Danny by raising over £88,000.

“The people of Derry, time and time again, show their generosity, but government needs to step up and provide more significant funding for mental health support across the Northwest.

“Through Westminster, I hope other MPs will celebrate and congratulate Danny on his incredible achievement so he can inspire others to do the same.”