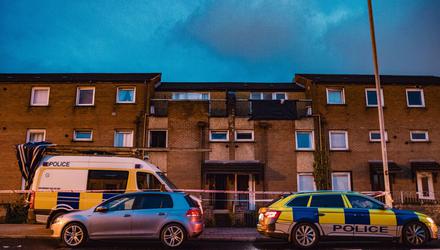 A pensioner who tragically died in a house fire in Derry has been named locally as Jack Buchanan.

Mr Buchanan, who was in his 70s, died in a fire at his home at Clooney Terrace in Derry’s Waterside on Sunday evening.

Fire crews from Derry and Limavady raced to the scene of the blaze which broke out in Mr Buchanan’s apartment shortly before 5pm on Sunday.

A spokesman for the NI Fire and Rescue Service said four appliances attended the scene.

Investigations are continuing into the cause of the blaze.

But PSNI Inspector Laverty said officers were not treating the incident as suspicious at this stage.