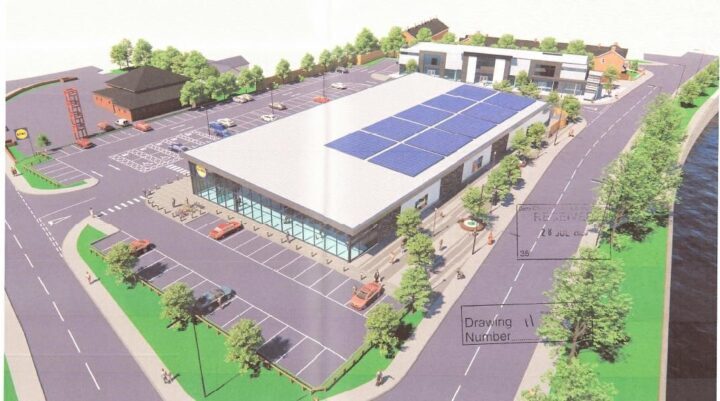 Artists impression of the new Lidl store in Strabane

PLANNING approval for the demolition of existing buildings to facilitate the building of a new Lidl supermarket and retail unit at Strabane Retail Park was given the green light today by members of Derry City and Strabane District Council’s Planning Committee.

Members of the Planning Committee attending the reconvened meeting in the Guildhall were informed that that the application included the redevelopment of the site that would involve the demolition of existing buildings to allow for the erection of the supermarket and retail unit.

Members were informed that there were some objections to the application relating to concerns over traffic congestion and the possible impact on residential amenities but that officers were satisfied any adverse impacts were mitigated against.

The agent for the application, representing the applicant at the meeting, told elected members that this was an £8.5m investment that will see the creation of 10 new full time jobs, the transfer of existing jobs from the old site and the creation of over 50 construction jobs.

They said the investment would also be a significant contribution to local rates and offered customers in the Strabane area wider choice and services.

Planning officials at the meeting informed members of the Committee that the proposal is considered acceptable in that it is in accordance with the retail policies and key aims of the SPPS and Strabane Area Plan 2001 and they recommended the application was approved subject to a number of conditions. 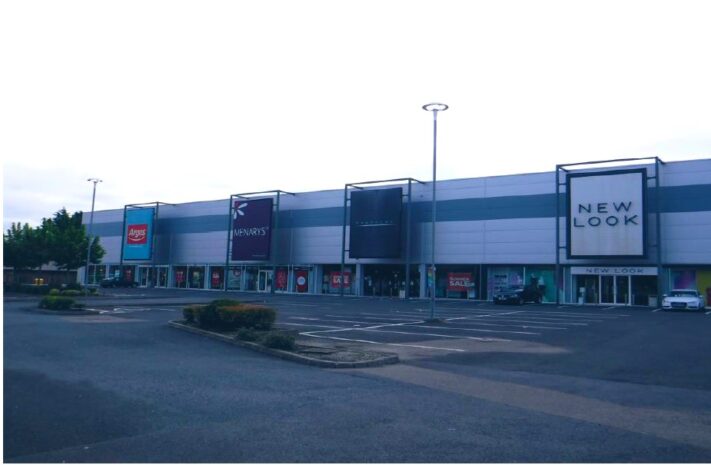 Welcoming the decision, the Planning Committee chairperson Cllr Philip McKinney said he welcomed the investment by Lidl in Strabane and their plans to provide top class retail facilities for the public and their staff.

He said the new store would also create new job opportunities in the region.

For more information on this application visit: https://bit.ly/3zW6J3F