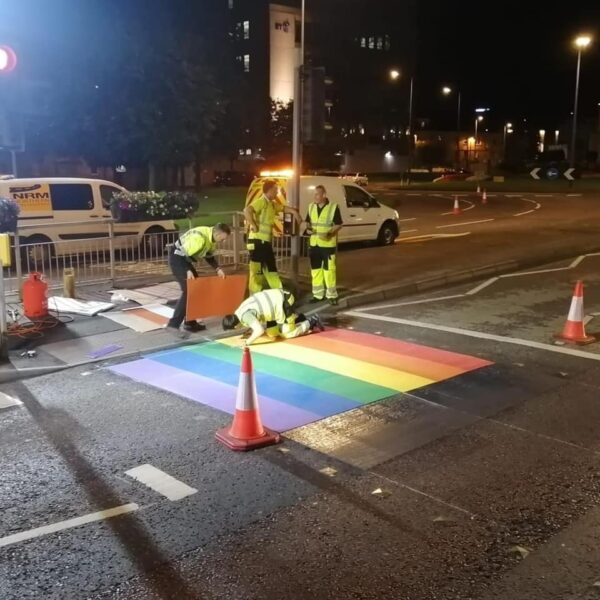 DERRY has become the first city in the whole of Ireland to install a rainbow crossing in the city centre as a statement of inclusion and to celebrate the contribution of the local LGBTQ community.

The move also signals that the city is inclusive, open and welcoming to all visitors from across the world.

In August 2020, the Council was contacted by the committee of the Foyle Pride Festival asking for support in having a permanent rainbow crossing created in Derry.

A Foyle Pride spokesperson said at the time that there were rainbow crossings across the world to show that a city supports the rights of LGBTQ+ people and they also act as a tourist attraction and landmark in their cities.

At December’s Full Council meeting it was agreed that: “Council will continue to work with and support Foyle Pride in their campaign to locate a rainbow crossing in this Council area.”

The Minister for Infrastructure, Nichola Mallon, MLA accepted the request and the project was funded from an underspend and the then Mayor Brian Tierney’s office was able to accommodate the cost for the project. 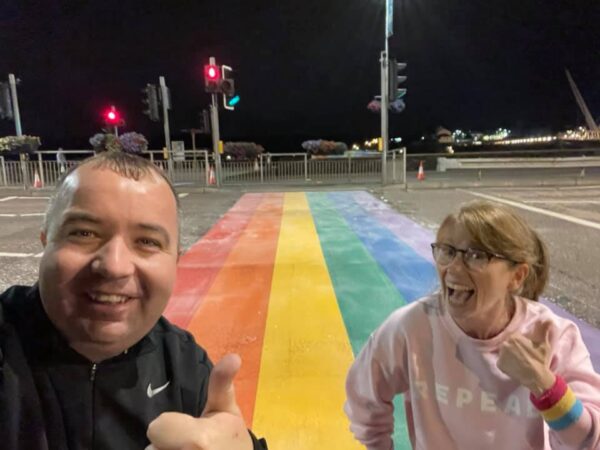 Cllr Tierney proposed the move and said he felt “this is a very good project and something I have been working on with Foyle Pride for some time”.

“I’m sure this is the first one of its type on the island of Ireland and it will offer so much encouragement to the LGBTQ+ community and this City and also across this island.

“It will also, when the time is right, attract visitors to the City and District to come and see it and have their photos beside it.”