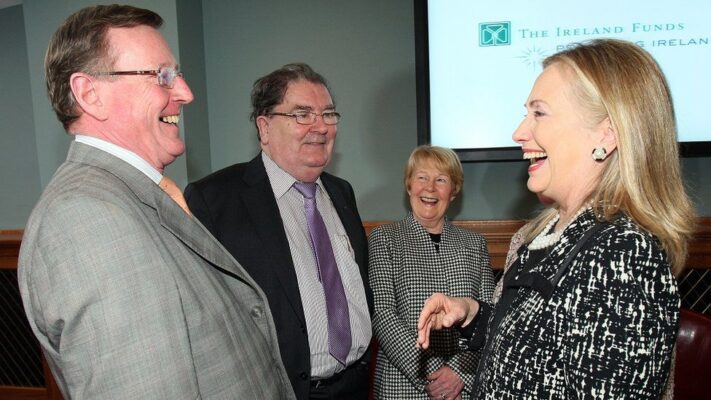 PAT Hume has been described as the most “extraordinarily strong woman, with the softest, most gentle manner”.

The widow of the late SDLP leader and Nobel prize winner John Hume died after a short illness on Thursday.

Mrs Hume worked alongside her husband from the beginning of the civil rights movement in Londonderry in the 1960s.

Her death comes just over a year after the death of her husband.

“She was a nurturer, she was a coper,” said Dr McAleese, who recently spent a day with Mrs Hume.

In a statement on Thursday, the Hume family said they were “heartbroken”, adding that she “died as she lived – surrounded by family, peacefully and generous to the end”.

The family paid tribute to the medical staff who cared for their mother in her final days.

“Pat was an extravagantly wise woman, she had a huge wisdom,” she added.

“I don’t know anybody who I have met in my life who was more rounded and more grounded than Pat.

“She was able to synthesise common sense, compassion, political nous in a way that was really, really special and absolutely essential to John.”

Dr McAleese said Mrs Hume “never looked for the limelight… but boy is she deserving of a mountain of praise.”

Hillary Clinton, former US secretary of state and presidential candidate, was among those who paid tribute to Mrs Hume on Thursday, describing her as “a gracious, determined force behind the achievement of peace in Ireland”.

Mrs Clinton added that the Humes “made the world a better place and set an example for us all”.

Former Northern Ireland Assembly Speaker Mitchel McLaughlin said Pat Hume was “one of the bedrocks of the peace process who kept her nerve at the worst of times”.

When talks with the Sinn Féin leadership were held at the Humes’ home in Derry, Pat “set the atmosphere for constructive and calm conversation”. 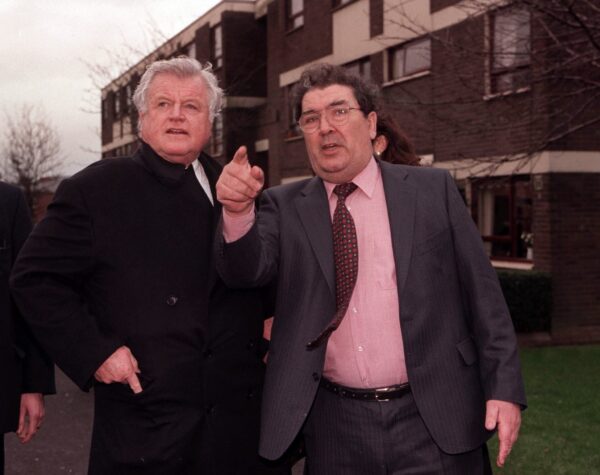 He added: “Unfailingly, no matter the circumstances, Pat Hume was always steady, steadfast, she clearly was across all the discussions.

“She was always focused on finding ways through the disagreements and I think John Hume was benefitting from her advice on an ongoing basis. I think republicans benefitted as well, I know I certainly did.”

Ulster Unionist MLA Mike Nesbitt, a trustee of the John and Pat Hume Foundation, said the Hume’s shared a view of Northern Ireland politics that was ahead of its time.

“Everybody else was talking about a divided society and the negativity of that, John and Pat were talking in a very positive way about the benefits of the fact we have a very diverse society,” he told BBC Radio Foyle.

He said she was “more than just John’s rock” and along with Daphne Trimble, wife of former Ulster Unionist party leader Lord Trimble, had played a key role in supporting victims and survivors of the Troubles.

Deputy First Minister Michelle O’Neill said she was a “a strong and determined person whose immense contribution to our peace is recognised across this island and across the world”.

Mrs Hume’s work continued during the Troubles, through to the Good Friday Agreement in 1998.

She ran her husband’s Foyle constituency office dealing with community issues, housing and poverty in Derry.