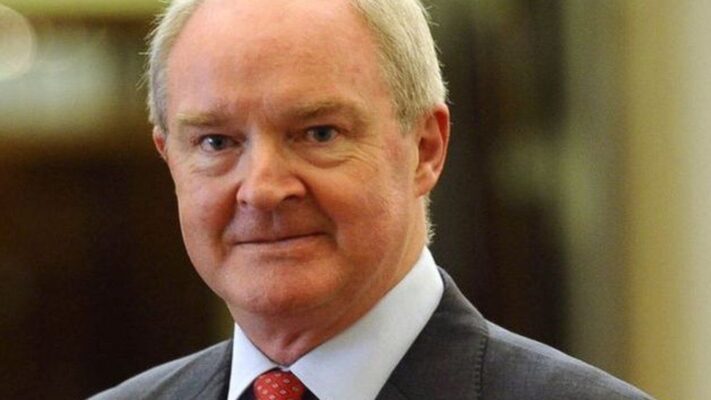 Sir Declan Morgan who is retiring as Lord Chief Justice

Mr Eastwood said Sir Declan’s contribution to life in the North would not be forgotten, particularly by victims who he went out of his way to help and support.

Said the Foyle MP said: “I’d like to pay tribute to Sir Declan on his retirement and thank him for over a decade of service as Lord Chief Justice. He has made a huge contribution.

“When others failed to implement the legacy arrangements agreed at Stormont House, Sir Declan stepped forward to fill that void and tried to deliver the best solutions he could for people here.

“By ordering a review of legacy inquests he took responsibility into his own hands and gave victims the chance of justice for their loved ones.

“Where others failed victims by dithering and refusing to take difficult decisions he went above and beyond and that won’t be forgotten.

“His willingness to meet and work directly with victims won him many admirers and friends.

“Our victims have been let down on so many occasions by people in positions of authority and Sir Declan was a rare exception.

“I share Sir Declan’s disappointment at the current situation we find ourselves in with regards to legacy.

“On Monday victims from every community in the North and politicians from across the island of Ireland met in Belfast.

“They spoke with one voice in rejecting the amnesty proposals put forward by the British Government.

“Any legacy process must have victims at its heart and that’s the view we will be taking to Westminster when victims petition the British Government.”