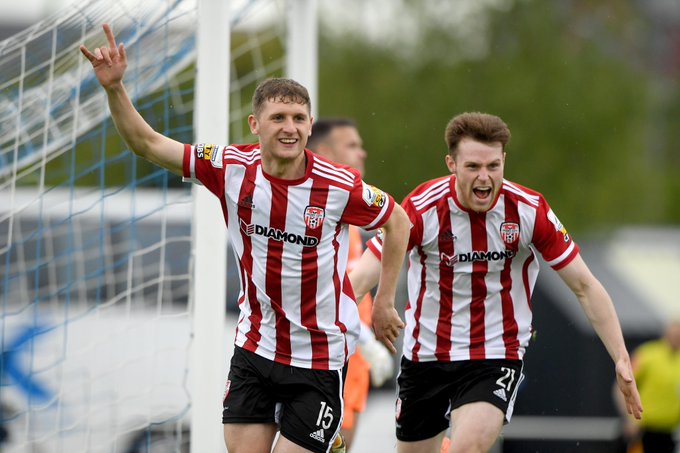 Derry’s Ronan Boyce called up to Republic U21 squad

Ronan Boyce called up to Republic’s Under 21 squad

DERRY City defender Ronan Boyce has seen his breakthrough season rewarded with a call up to the Ireland U21 squad.

The Ramelton man will be making the trip for the upcoming fixtures against Bosnia & Herzegovina and Luxembourg.

Boyce will link up with Jim Crawford’s squad for two away fixtures, with the squad facing Bosnia on Friday in Zenica and Luxembourg the following Tuesday.

Crawford had been keeping a close eye on the talent in the League of Ireland and was in the attendance for City’s game against Dundalk amongst recent games.

The defender’s steady performance and eye for goal clearly caught the attention of the international boss who has rewarded the Donegal man with a place in the squad.

City boss Ruaidhri Higgins expressed his delight with the news of the recognition of the young defender.

“Everyone at Derry City wishes to congratulate Ronan on his call up.

“It is a clear recognition of his outstanding performances for the club this season.

“We hope that this is the first of many for him,” he said.