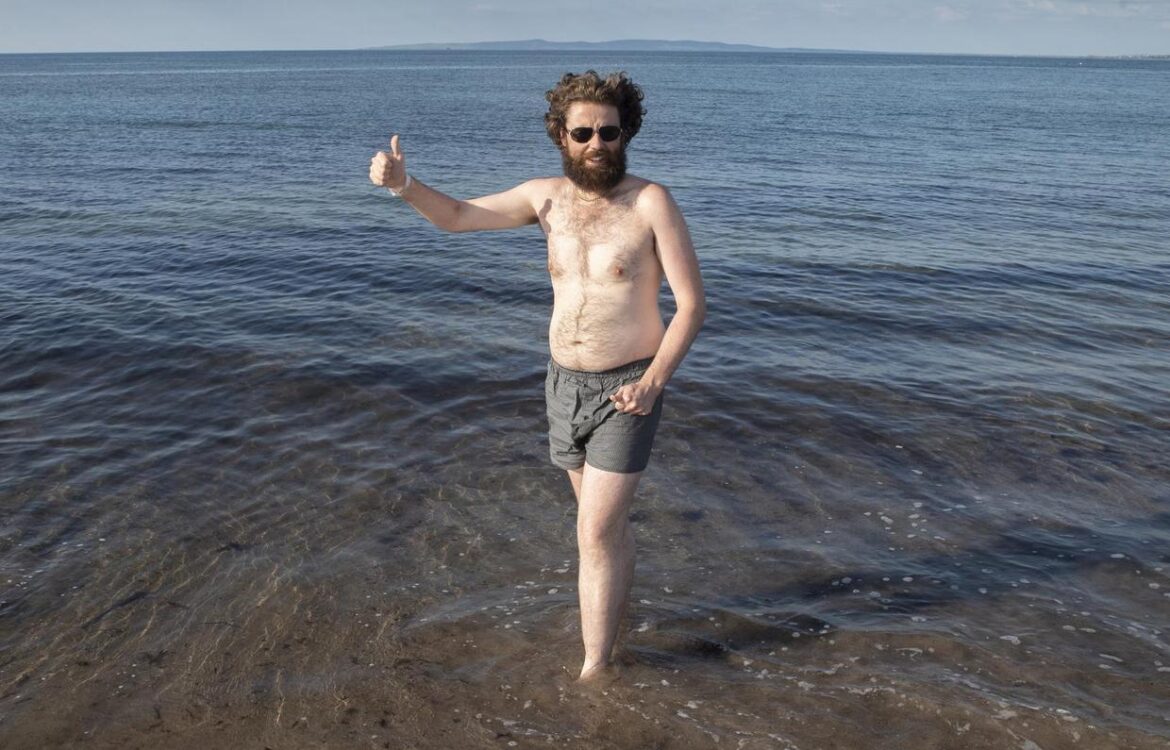 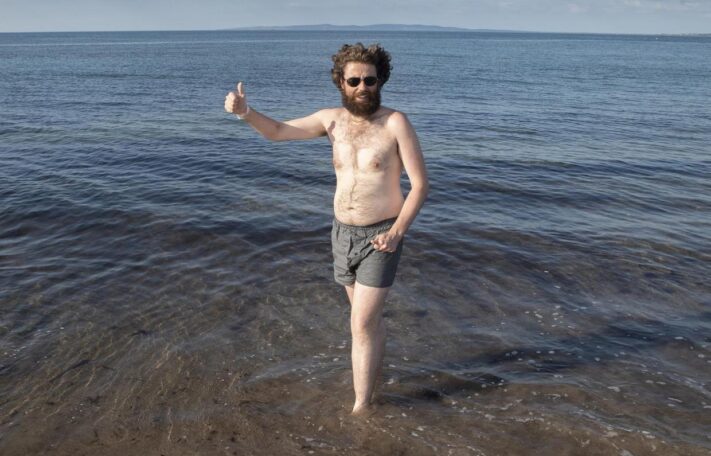 Ruairi McSorley at the beach where his swim started

THE ‘miracle’ swimmer rescued after 12 hours in the water in Co Kerry at the weekend was ‘Frostbit Boy’, the Co. Derry actor and entertainer Ruairí McSorley.

The 24-year-old, who is from the village of Park, is best known for appearing on television during the severe cold snap in Derry in 2015, was staying in a caravan on the Dingle peninsula when he got into difficulty after swimming off Castlegregory beach.

Fenit RNLI said an extensive search was launched after clothes were discovered on a beach at Castlegregory on the northern coast of the Dingle peninsula at 11 am on Sunday.

At 8.30pm, almost ten hours later, volunteer lifeboat crew with Fenit RNLI spotted a pod of dolphins and a head above the water about two and a half miles off Castlegregory beach.

Mr McSorley was conscious and immediately recovered onto the lifeboat and brought Fenit Harbour to be taken to hospital. Fenit RNLI’s medical advisor was also on scene, said the RNLI.

In an interview with the Irish Independent newspaper, Mr. McSorley heaped praised on the Fenit RNLI for rescuing him.

“They’re very professional and very slick. They’re incredible people, I have to say. They aren’t like doctors or paramedics – paid professionals. They’re volunteers,” he said.

“They’re definitely a great group of people, there’s no doubt.

“They wrapped me up in the blankets and took my body temperature and everything and then just rushed me into the hospital.

“There’s no victim mentality there. Other than a bit of pain at the back of my knee, I’m 100pc. There’s no long-term damage,” he said.

Ruairi told rescuers that he had been attempting to swim to Mucklaghmore Rock which is nine kilometres from Castlegregory where his clothes were discovered.

The RNLI said it was fortunate that conditions were excellent with calm waters during Sunday.

Mr. McSorley said: “The only thing was my kidneys needed to readjust, so there has been no serious harm. It was only a matter of going into the hospital to heat up a bit. Other than that, I was fine.”

“You know, to be quite honest, the only thing that is stressing me out is everybody else is panicking about it,” he said.

“I just jumped in, and that was it. I saw Fenit lighthouse out in the water, and I said, right I’m going towards it. I wouldn’t have got in to start with if I didn’t know I was going to be grand.”

The Derry entertainer spoke of the remarkable experience of treading water next to the pod of dolphins prior to his rescue.

“I saw these black tails in the water, and I wasn’t sure were they dolphins or sharks. 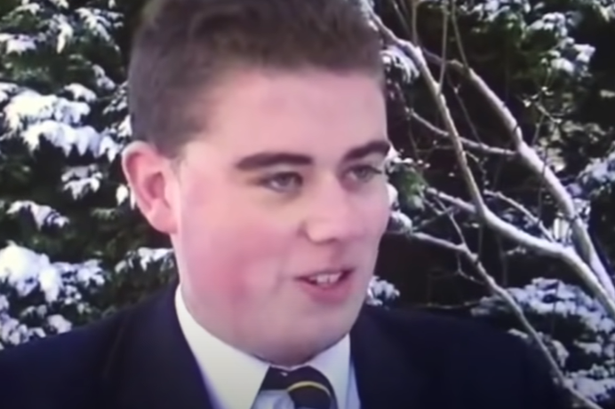 “I just thought to myself, maybe it wouldn’t have been the worst idea to have googled this before I jumped in, but they were just dolphins.

“They wouldn’t have done any harm to you. I’d no problem with them.

“They were just swimming around me. If anything, they may have helped me. It was definitely an experience.

“At the time of the COVID last year, there was nowhere to rent out at all anywhere, so I found this place and I lived there for a few months.

“I was only down again to lift some clothes because I’m leaving Ireland again soon.”

Commenting on the rescue Fenit RNLI Lifeboat Operations Manager Gerard O’Donnell said: “After a long and exhaustive search, members of the lifeboat crew were overjoyed to sight the missing swimmer in the water.

“They had been scanning the water for any sign of movement and were worried with light fading that they would not find anyone.

“Even at this time of year, the water can be very cold and as, yet we don’t know how long this person was in the water and when they entered it.

“When the lifeboat crew found them, they were a good distance from the shore and were exhausted.’

“We would advise that anyone undertaking a swim lets people know where they are going and when they expected back.

“This was a very lucky individual.”