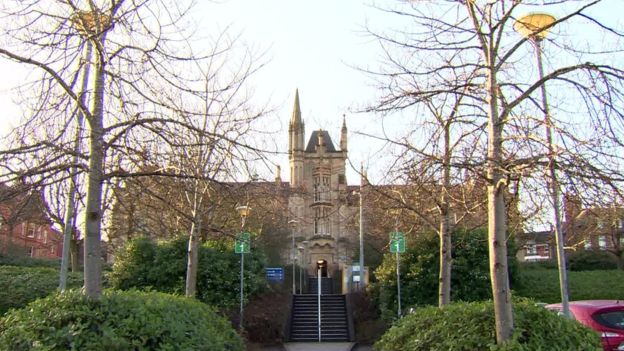 The Foyle MP had made establishing the medical school a priority in the negotiations to restore powersharing government during New Decade New Approach talks and secured additional funding from the British Government,

Mr Eastwood thanked those who had made the school opening possible but repeated his call to expand university provision in the North West to 10,000 places.

Said the Foyle MP: “This is a positive day for Derry.

“After a long fight, we are finally opening the doors of our Medical School which will give young people from the North West the opportunity to study, live and set down roots in our communities.

“This school will, I hope, also allow us to fortify health provision here with a good supply of well educated doctors keen to serve in the local area.

“The SDLP made the delivery of the medical school a priority during the negotiations that led to the restoration of powersharing and we also secured additional funding from the British Government to make it happen.

“I want to thank the staff at Ulster University who have worked hard to get us to this point today and also former Secretary of State Julian Smith who stuck by his word during our talks.

“While this is a positive development for the city, it’s only one part of the promise that was made to people. NDNA contains a clear commitment to deliver a 10,000 student campus in Derry.

“That is now the floor of our expectations, nothing less will do.”