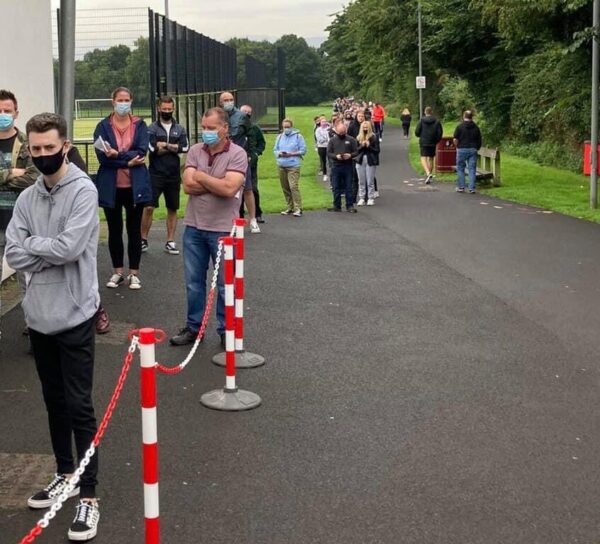 MORE than 12,000 first doses of a Covid-19 vaccine were administered in centres across the North of Ireland over the weekend, the Department of Health has said.

Over 2,000 of those were administered at three sites at the Western Trust area, including the Foyle Arena in Derry.

The North of Ireland has the lowest vaccination rate in the UK.

Earlier Health Minister Robin Walsh said the time is not right to re-impose tighter restrictions despite concern over the recent rise in Covid-19 cases.

Mr Swann welcomed the weekend increase in the number of people vaccinated and said restrictions would continue to be monitored.

“I don’t think we are at that point yet about putting more restrictions back in,” he said.

“The Executive meets again in the first week in September in regards to what’s still in place and what we’ll look at in regards to the next steps, and that’s where that decision will be made.”

Nine more coronavirus-related deaths and another 1,320 cases were reported on Monday.

Dr Patricia Donnelly, who leads the vaccination programme in the North, called the weekend’s vaccination effort “a significant achievement”.

She said: “I do want to make sure we thank all those involved in delivering this enormous effort.

“But also, I want to congratulate all those who came forward for their first dose. They’ve taken an important step towards protecting themselves, their family, their friends and the community.” 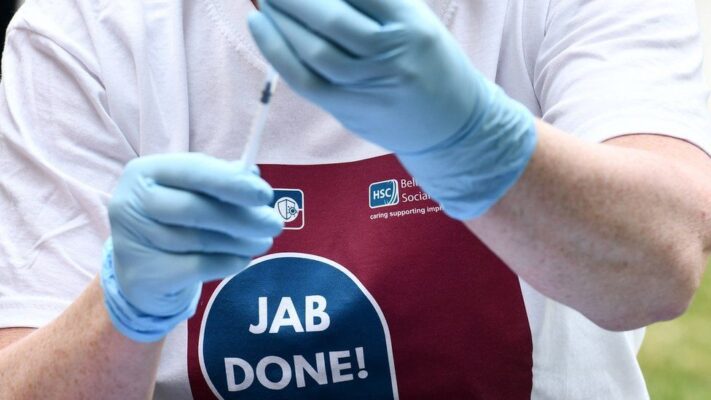 18 per cent of adults in North still not vaccinated

“I do think, for a lot of younger people, they don’t feel as at risk from the virus,” she said.

“The chief medical officer has said that is not the case.

“I think they felt that probably the vaccination centres would go on forever and once they become aware these centres close… once people realise that they think they might have missed it, they want to step forward.”

She stressed that there are still vaccination clinics and community pharmacies offering the vaccine.

Dr Donnelly said the next step was to focus on 16 and 17 years old in further and higher education.