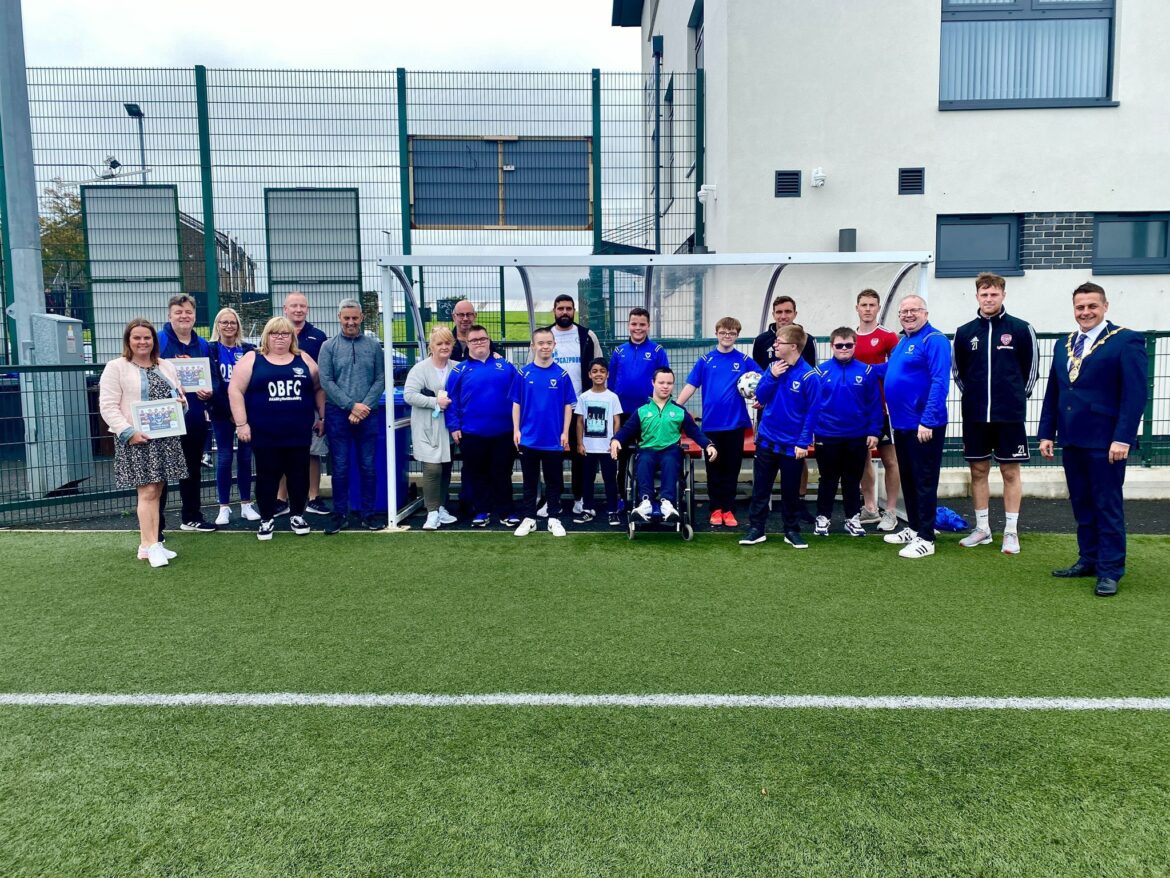 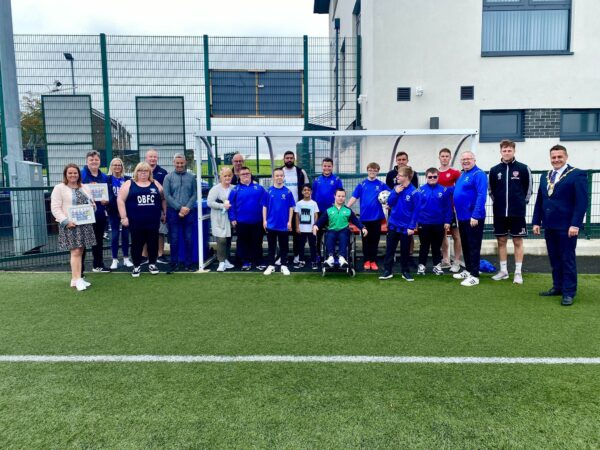 A Derry-based football team made up of young people with Down Syndrome have received a special honour.

A picture of the Oxford Bulls team has been placed at Leafair sports ground as part of a display of local sporting heroes.

The display was launched earlier this year and among the other sporting figures to feature are footballers Shane Duffy and Paddy McCourt, sprinter Jason Smyth and boxer Conor Coyle.

Now, the boys from Oxford Bulls are proud to be included in the display. 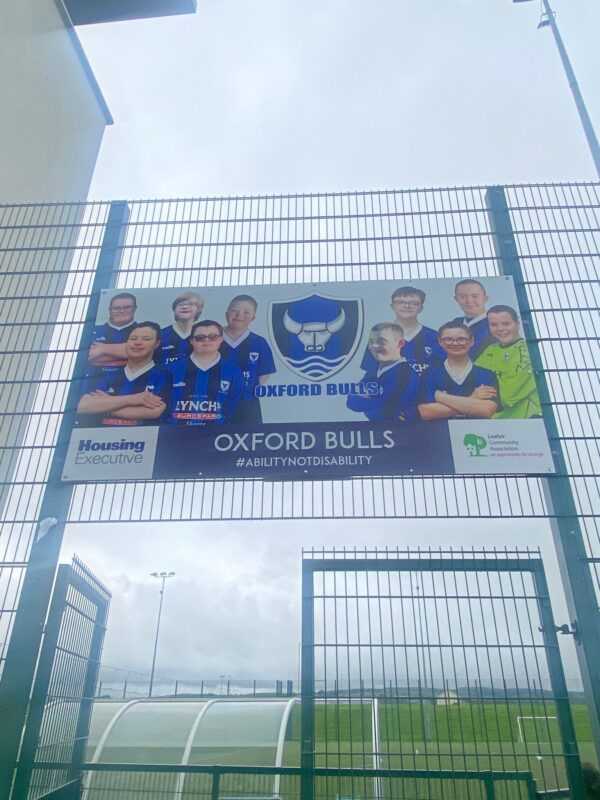 He tweeted: “Super day up in Leafair as the Oxford Bulls took their rightful place on the Leafair Community Association Hall of Fame.”