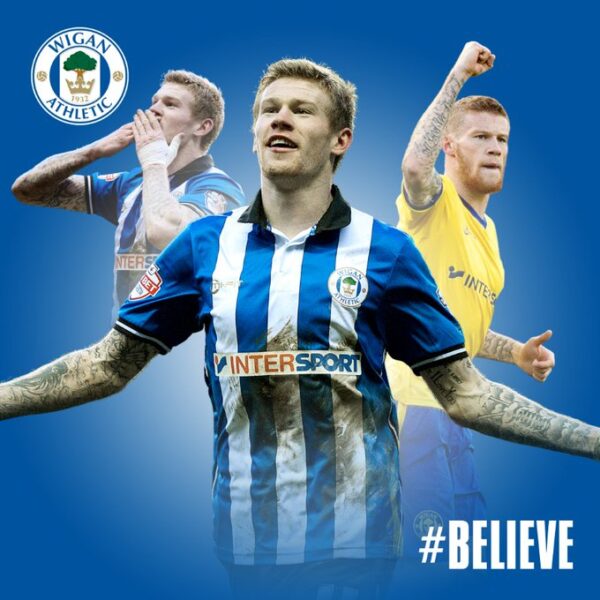 In a statement published on its website, Wigan say: “We are delighted to confirm the signing of Republic of Ireland international James McClean on an initial one-year deal.

“McClean, 32, returns to Latics for an undisclosed fee from Stoke City, having been named the Club’s Player of the Year in the 2014/15 season, with his performances in that campaign earning him a move to then Premier League side West Bromwich Albion.

“With over 300 appearances across the top-flight and the Championship to his name, McClean brings vast experience and quality to Leam Richardson’s side in the early stages of their 2021/22 Sky Bet League One campaign.

“Popular with Latics supporters for his tireless and committed performances, the Club has equally held a place in McClean’s heart since his departure.

“This was highlighted further last year when he donated £5,000 to the Wigan Athletic Supporters’ Club Crowdfunder as the Club’s supporters raised over £750,000 to save Latics, prior to the acquisition of the Club by Phoenix 2021 Limited.”

James was presented to the DW Stadium crowd before last night’s clash with Wycombe Wanderers which ended in a 1-1 draw.