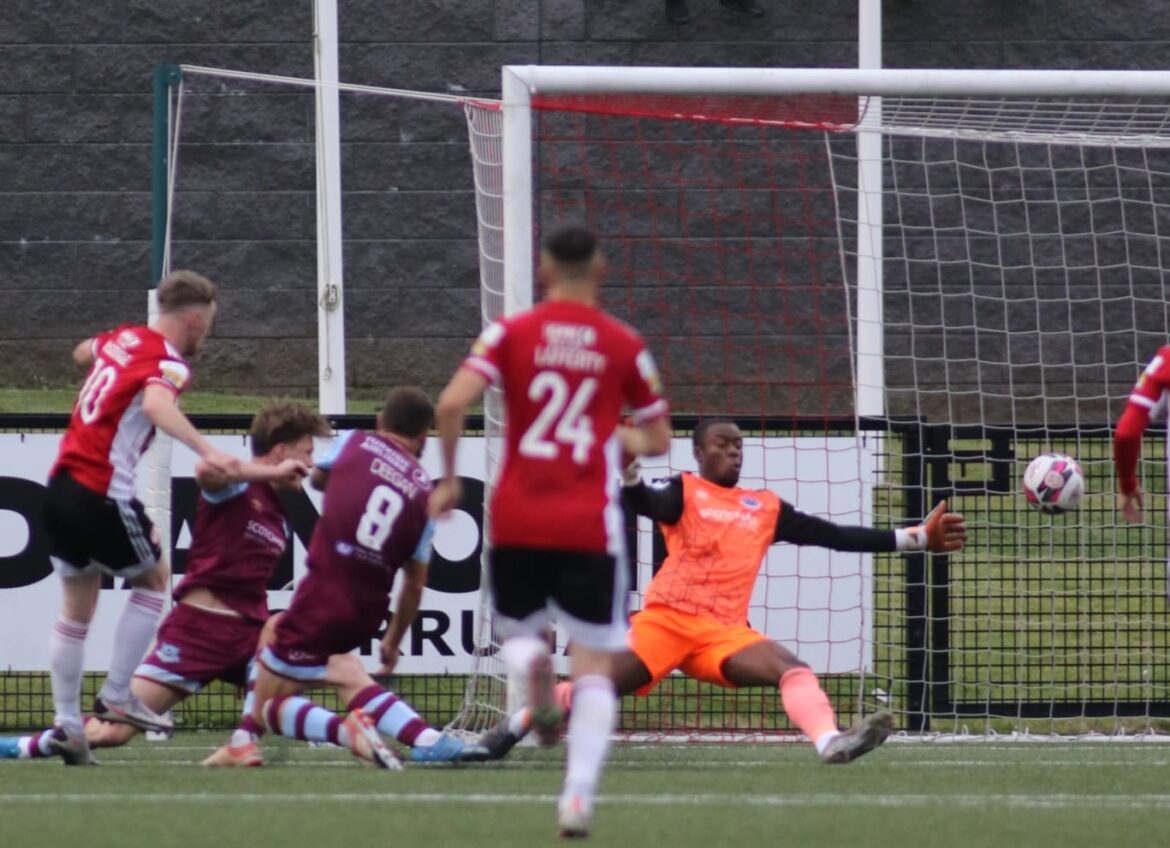 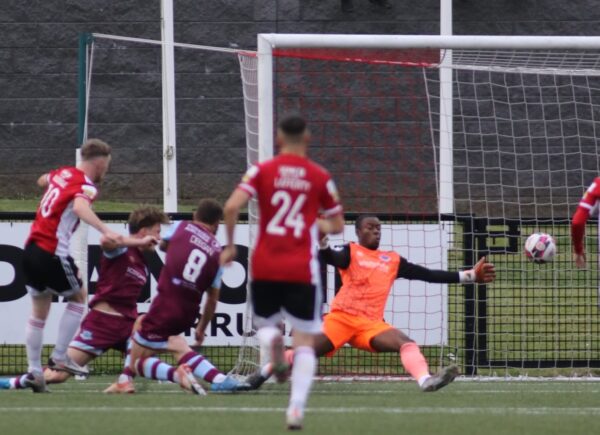 DERRY City moved up into fifth place in the SSE Airtricity Premier Division table, thanks to an empathic win over Drogheda United.

Boss Ruaidhri Higgins will be delighted his side put in a top draw display in front of the biggest attendance of the season, to easily see off Tim Clancy’s men, thanks to goals from with Jamie McGonigle and Danny Lafferty (2).

City dominated the opening 30 minutes with striker McGonigle, who was making his first start since his recent switch from Crusaders, causing problems for the Drogheda back-line on numerous occasions.

On 39 minutes the lively McGonigle opened his City account when he latched onto Joe Thomson’s perfect pass inside the Drogs penalty box, before skipping away from Daniel O’Reilly and then firing past keeper David Odumosu.

After having a disappointing first half the visitors made a change at the break with Dinny Corcoran replacing Ronan Murray, as they tried to get into the game.

The change seemed to do the trick as they went close on 49 minutes but the lively Darragh Markey saw his long range strike well held by City’s Nathan Gartside. 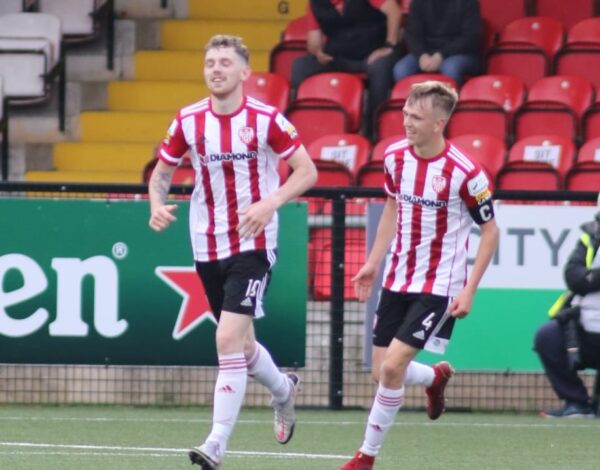 Soon after McGonigle played a clever through ball to release Thomson from midfield, but the ex-Celtic starlet saw his well hit drive from just inside the box, well saved by Odumosu.

Just after the hour mark a clever piece of skill by Mark Doyle, resulting in him getting away from Lafferty, but his drive from a tight angle hit the side netting.

To Derry’s credit they went straight up the other end and went close to scoring a second but Thomson’s well hit volley from the edge of the box was tipped over by Odumosu, however the keeper could do nothing a minute later when Lafferty made no mistake firing home from close range.

Lafferty’s night got even better on 75 minutes as his stunning left footed strike, which caught out Odumosu, sailed over the keeper and into the bottom right hand corner.

The woodwork denied Derry a fourth late on when substitute Will Fitzgerald’s right footed effort, which had Odumosu beaten, came back off the post.

Next up for City is a home league match against Dundalk next Sunday, August 15 (kick off 3pm).