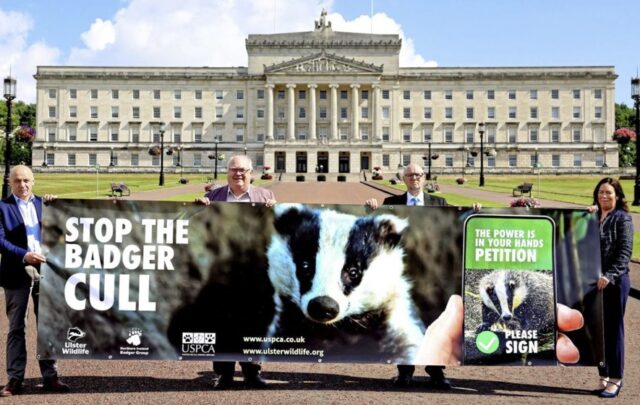 THE SDLP’s Sinéad McLaughlin has called on Edwin Poots, Minister for Agriculture Environment and Rural Affairs, to reverse the proposal to introduce an indiscriminate cull of badgers as part of a strategy to eradicate bovine TB.

The proposals would introduce controlled shooting of free roaming badgers, the vast majority (80-85%) of which would be free of bovine-TB. Badgers are protected by law in the UK, which has 25% of the European population of badgers.

The USPCA, Ulster Wildlife and Northern Ireland Badger Group have launched a joint petition against the DAERA proposals.

“Moreover, research has shown that indiscriminate culling makes very little difference to address the real threat that bovine TB can pose to our farming communities.

“DAERA should instead follow the Test-Vaccinate-Remove approach which has been shown to be effective in addressing the spread of bovine-TB.

“When the SDLP held the Environment portfolio, we were proud to steadfastly defend wildlife including through the introduction of prison sentences and doubling fines for those who committed crimes against wildlife in Northern Ireland.

“Minister Poots should immediately reverse these proposal and act to protect our environment and defend our island’s biodiversity.”