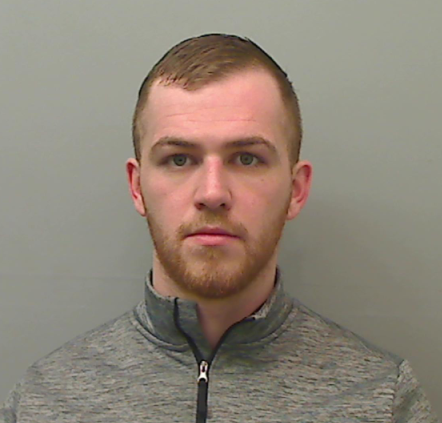 Rapist with links to Derry remanded in custody

A convicted rapist who absconded on learning of a decision to revoke his prison licence has appeared in court after handing himself into police.

James Taggart (27), who has links to Derry with a last known address of Edward Street, Portadown, is subject to sexual offender notification requirements and was unlawfully at large for six months.

He was jailed for seven years for the brutal rape a 19-year-old woman in 2012.

Aged 17 at the time, Taggart was on prison licence for a previous assault when he committed the vile sexual attack.

He was understood to be residing in a hostel having been released there from his prison term on licence, but due to concerns around his behaviour, it was decided to recall him to custody.

Before that could be done, Taggart absconded.

At that time, police launched a media campaign appealing for information on his whereabouts and calling for him to hand himself in.

The appeal was re-issued just under a week ago, during which police said Taggart may have been spotted in the Essex area of England, and was known to have connections in Bradford, Lancaster and Liverpool as well as Derry, Fermanagh, and Belfast.

When initially appearing by video-link from Omagh PSNI Station, he was angered by the delay in having his case heard, which was due to his lawyer not being ready.

The matter was adjourned briefly and when recalled, he was charged with failing to notify police of a change in his home address and of an intention to travel within the United Kingdom, as per sexual offender requirements.

Both matters allegedly occurred on January 25.

In addition, on July 20 Taggart failed to provide updated information to police as part of his annual notification requirements.

An officer familiar with the facts of the case said he believed he could connect the accused to the charges.

Nothing was disclosed around where Taggart had been while unlawfully at large.

The defence advised there would be no application for bail in the context of Taggart being recalled to prison.

Judge Kelly remanded him in custody and listed the case for mention by video-link at Craigavon Magistrates’ Court next month.

Taggart was taken by prison guards to the remand unit at Maghaberry Prison.