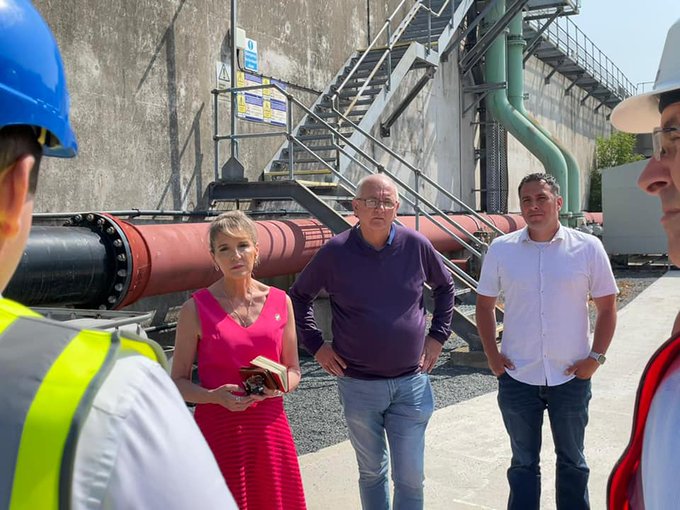 The Foyle MLA was commenting after a site visit to Kinnegar Wastewater Works to view the new technology along with local Sinn Féin Councillors Christopher Jackson and Paul Fleming.

Said Martina Anderson said: “The technology being piloted at Kinnegar, if successful and scaled up, could have huge potential for the Culmore Wastewater Treatment Works.

“This would simultaneously produce high quality oxygen helping to resolve sewerage capacity issues in the treatment works, as well as producing hydrogen gas which could be used as a green energy.

“This technology could also better utilise the renewable energy generated by wind turbines and solar panels which would otherwise be wasted at times of low demand.

“These innovations open the door to the green hydrogen industry, which is already establishing itself as part of our future- indeed Translink have already launched 23 new Hydrogen fuel cell buses.

“Due to our unique geographical placement, Derry and the wider north west has the potential to become a leading producer of green hydrogen energy.

“I will continue to work and draw together key stakeholders to ensure that we build on this economic opportunity.”