The Playhouse in Derry still not open to the public

PLANS to reopen theatres and concert halls in the North of Ireland have been delayed by the Stormont Executive until next week.

Venues were expected to reopen on 26 July but minsters want more time to consider the health implications.

Ministers however have agreed to relax some restrictions considered low risk.

From Monday, 15 people from unlimited households can meet outdoors and close contact services can open without the need for pre-booked appointments.

Ministers will meet again on Monday to decide if theatres can reopen.

If given the go ahead, those measures would come into effect immediately.

The Executive will also decide on Monday if the current limit on indoor gatherings can be increased from six to ten people, from no more than three households.

A decision on the reopening of MoT test centres is also due to be taken at that meeting.

Other decisions, including removing the restrictions on sound levels from indoor venues, the holding of conferences and exhibitions and reducing social distancing to one metre will be considered next Thursday.

Many Covid restrictions in the North of Ireland have been lifted in recent months, after a lockdown that lasted about four months.

However, theatres and live music venues have been closed in Northern Ireland for the best part of 16 months, with all other parts of the UK already allowing them to reopen.

The arts and music sector had been urging the executive to stick to the latest indicative date and allow the industry to resume trading, with mitigations.

Ministers had been looking at allowing a range of relaxations including:

Theatres and concert halls to reopen, with social distancing of 1m (3ft) required

Removing the restrictions on sound levels of music at indoor venues

Conferences and exhibitions to resume

Social distancing legal requirement to be reduced to 1m indoors, and removed for all outdoor activities

The Executive previously said that it intended to remove the so-called “bubble” caring provision if it approved the relaxations for increasing numbers of people allowed to meet at home.

Although mandatory use of face coverings in England ended on 19 July, that does not apply in the North of Ireland.

Ministers have discussed the issue in recent days but they are moving more cautiously with lifting that rule. 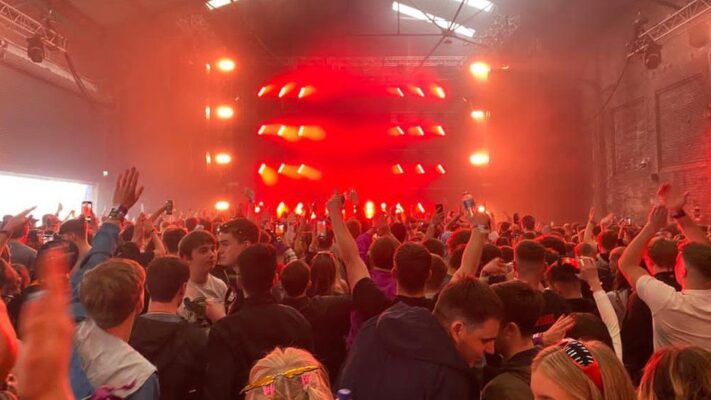 They did put in place an indicative date of 26 July, which would see face coverings no longer compulsory in places of worship or for students in school classrooms in the new term – but that has yet to be signed off by ministers.

Ministers are due to review the wearing face coverings in places of worship at next Thursday’s Executive meeting.

Looking at ending the mandatory use of face coverings more widely is unlikely to be discussed by ministers until a meeting on August 12.

Masks have been legally required in the North of Ireland on public transport, in shops and in a range of other settings since last summer, with a limited number of exemptions.

The first and deputy first ministers have indicated that they will meet again on August 12 to look at lifting requirements for face coverings in other settings, the requirement for self-isolation and travel.