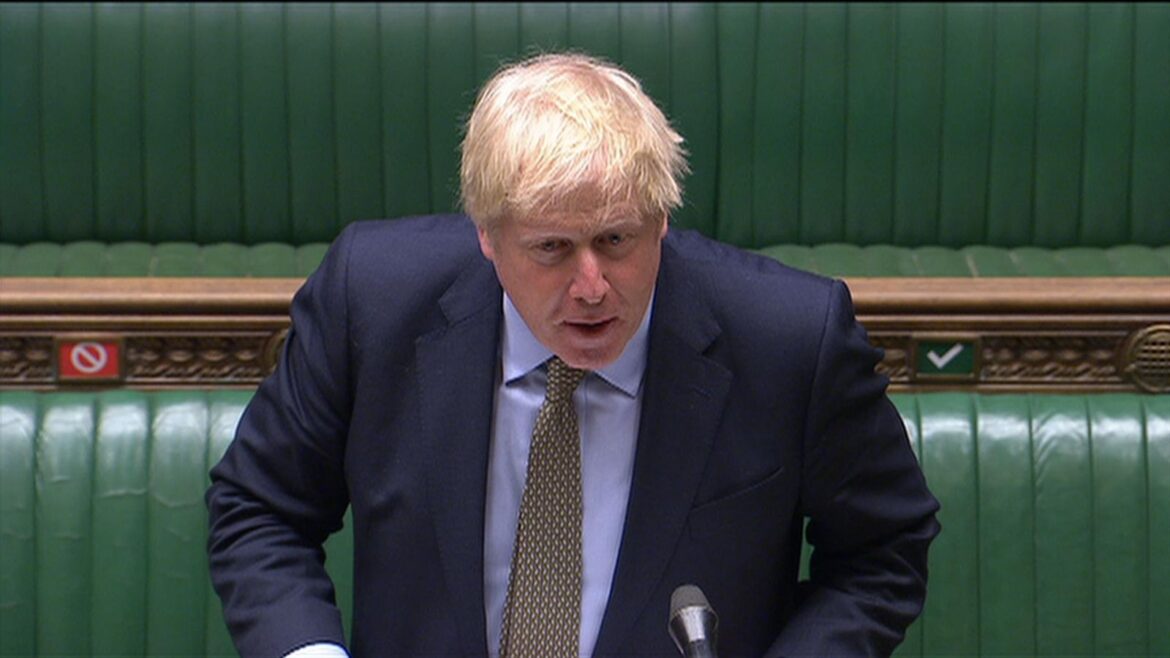 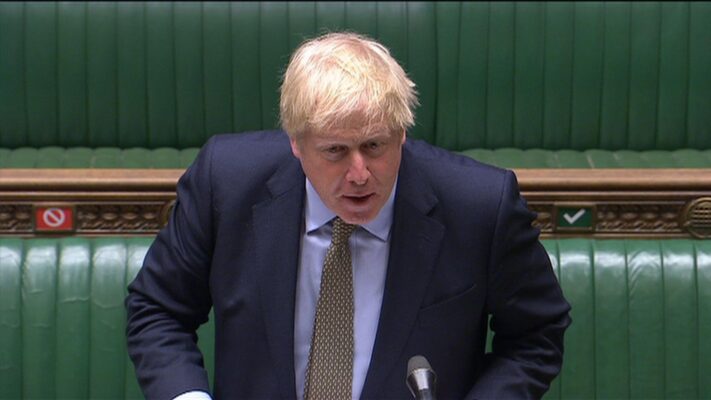 THE British Prime Minister has said plans to introduce a statute of limitations on Troubles-related murders will allow the North of Ireland to “draw a line” under the conflict.

Speaking in the House of Commons during Prime Minister’s Questions, Boris Johnson clashed with Sir Keir Starmer over the issue with the Labour Party leader accusing the PM of introducing a “blanket amnesty, including terrorists”.

Mr Johnson described proposals which will be laid out in Parliament on Wednesday afternoon by Secretary of State Brandon Lewis as, “measured” and “balanced”.

“The people of Northern Ireland must, if we possibly can allow them to, must move forward,” said Boris Johnson.

“He will know the proposals that have been brought forward are measured, they are balanced and they have a wide degree of support.

“He will recall that it was under that Labour administration that many terrorists were unfortunately effectively given an amnesty. That is the reality.

“Whilst the sad fact remains, that there are many members of the armed services who continue to face the threat of vexatious prosecutions well into their 70s and 80s and we are finally bringing forward a solution to this problem.

The legislation, which will be set out by Brandon Lewis, is expected to be put before Westminster in August and will also cover cases currently under consideration by the Public Prosecution Service, but will not apply to cases already before the courts.

The statute will apply across the board to former members of the security forces as well as all ex-paramilitaries.

The five main political parties, victims’ groups and the Irish Government all oppose the plans, saying it amounts to an amnesty.

Simon Coveney, the Irish foreign affairs minister, said the government proposals were not “a fait accompli”.

He tweeted that the Irish government has a “very different view” and that he and Brandon Lewis were “committed to an inclusive dialogue to try to agree consensus and that’s under way”.

Labour Leader Sir Keir Starmer challenged the Prime Minister on the proposals, with the politician referencing his time working in Northern Ireland with the PSNI Policing Board and as Director of Public Prosecutions.

“I spoke to victims of terrorism at the Wave Trauma Centre in north Belfast…they haven’t even been properly consulted on this proposal.

“If things are to move forward in Northern Ireland, any discussion has to start with the victims.

“Politicians in London can’t simply draw a line under terrorism and other crimes.”

In May, two former paratroopers were acquitted of the 1972 murder of Official IRA man Joe McCann after their trial collapsed due to the inadmissibility of prosecution evidence.

Both soldiers had been interviewed by a police legacy unit, the Historical Enquiries Team (HET), in 2010 and it was that evidence which formed a substantial part of the prosecution’s case.

But the judge ruled that evidence inadmissible and as the Public Prosecution Service (PPS) did not appeal against that decision, the case could not proceed.

Then, earlier this month, the McCann murder trial collapse had implications for two other high-profile cases – the Bloody Sunday trial and the prosecution for the murder of 15-year-old Daniel Hegarty.

The PPS met the families of Daniel Hegarty and two men killed on Bloody Sunday to explain that given “related evidential features” to the McCann case, prosecutors no longer believed there was a reasonable prospect that key evidence against the soldiers accused of their loved one’s murders would be ruled admissible.

The Bloody Sunday case was due to be formally dismissed in court last week, but instead it was adjourned following a legal challenge by a brother of one of the men shot dead on Bloody Sunday.

“The message they are sending out is that if you wear a British army uniform you are protected,” he told BBC Radio Foyle.

“We are hoping it does not happen and we will fight it as best we can.”

Mary Hamilton was injured in the Claudy bombings in 1972, an attack that claimed the life of her brother-in-law.

She said a blanket ban on prosecutions would both anger and disgust victims’ families and the wider public.

The government was effectively saying the lives of those killed before 1998 “were not worth anything”, she said.