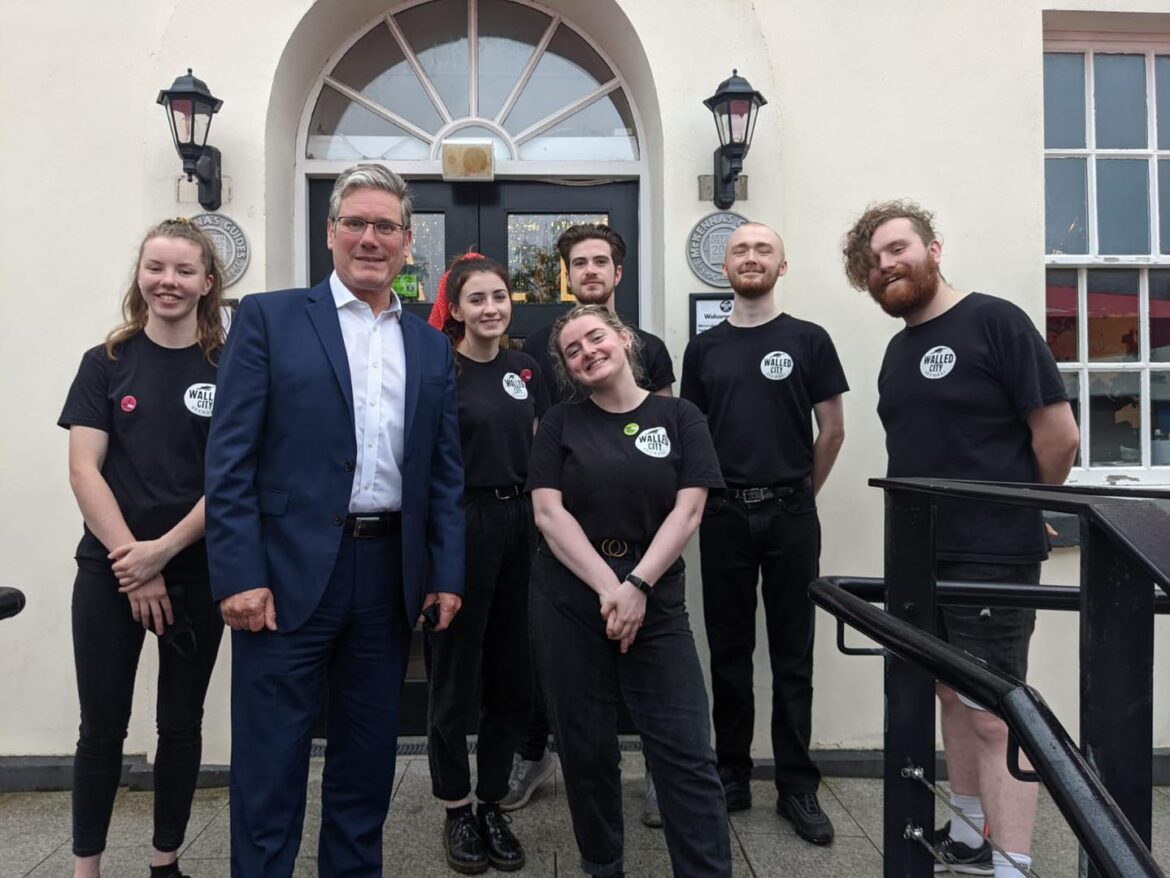 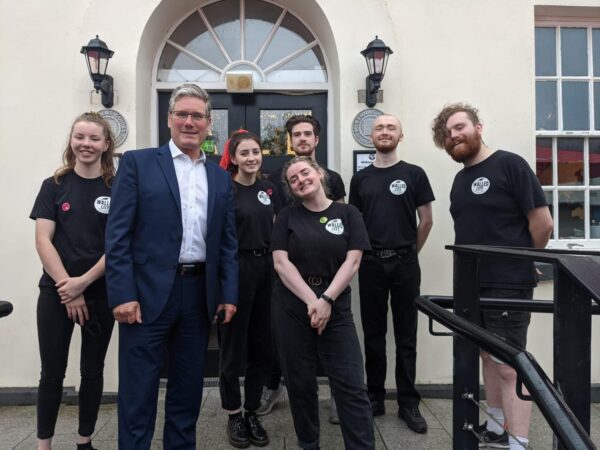 STAFF at Derry’s Walled City Brewery welcomed Keir Starmer to their restaurant for a bite to eat during his first trip to the North of Ireland as Labour leader.

On the two-day visit Mr Starmer spent time in a Belfast pub where he watched England’s victory over Denmark on Wednesday in the Euro 2020 semi-final.

Writing on its Facebook page, the brewery said: “Well, it was fair to say our FOH team were rather excited to have a special guest join us for dinner this week!

“Not very often you’ll get our entire FOH team outside for a photo, slap bang in the middle of dinner service… must be a big deal 😉

“We always regard it as a privilege, that of all the excellent restaurants in our wonderful city, you chose us!!

“Thanks for joining us Keir Starmer and colleagues.