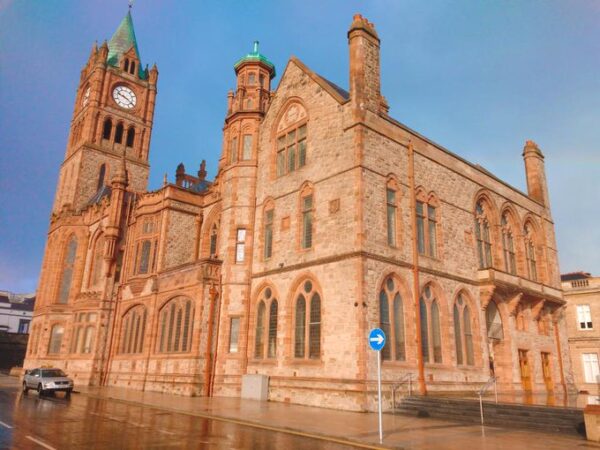 The council voted in favour of a motion brought by independent councillor Paul Gallagher which is calling for the right to one-to-one GP services.

Mr Gallagher said he was prompted to bring the issue to the council after receiving a “avalanche” of concerns from constituents.

However, Dr Alan Stout from the British Medical Association (BMA) has accused the council of “playing to the electorate”, rejected claims GPs are not seeing patients in person, and said they are working harder than ever.

The motion, which states that the “council supports the rights of our citizens to get one-to-one access to GP services”, goes on to say “since this pandemic began, there are thousands of our citizens going undiagnosed, untreated, not allowed to see their GP in person which is building up to a clinical health emergency”.

It continues: “Our hospital A&Es are full to capacity with people who should be treated elsewhere.”

The council voted in favour of the motion and its call to write to the Department of Health and the BMA asking them “to immediately change this policy that is blocking access to many in this city and district to lifesaving services that are currently being denied”.

Mr Gallagher subsequently said: “I’ve been inundated with complaints from people who can’t see their GP, there has been an avalanche of complaints.

“Actual examples include a man with dementia who can’t get an appointment with his GP to get the medication he needs and a child with an infection in their foot who couldn’t get in to the GP.

“They went to A&E and were sent back to the GP and they ended up going back and forwards.

“The parents of another child tried to get an appointment for their son until they got so bad they ended up having to go to the Royal in Belfast.

“There are people coming to me having made 200 attempts to get through to their GP surgery on the phone, people are suffering and it’s not good enough.”

The BMA has written a letter to the council in response to the motion, in which it expresses “upset and frustration” at the motion and related public commentary.

It continues: “We do acknowledge that patients may have difficulty in getting through to practices and in some cases are not getting the service they should expect.

“Unfortunately, despite our very best efforts, this comes down to the fact that demand for GP services is infinitely higher than the supply we can offer.

“Spiralling waiting lists mean that patients need to continue to see us for care, support and medication while they wait for the procedure or surgery they need, we are not training enough GPs and the demographics of the current workforce mean that many are due to retire in the next five years.

“Indeed, many are considering retiring earlier than planned due to the impact working through the pandemic has had on their physical and mental wellbeing.

“It is therefore extremely demoralising and upsetting for our GPs and their practice staff who are working beyond capacity, have often not had a break in over a year and who are completely exhausted, to be made to feel they do not care for patients.”