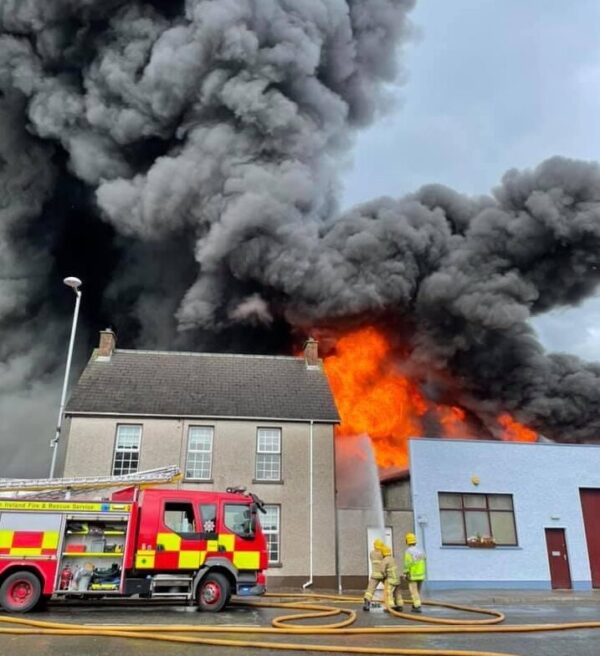 A LARGE fire which gutted a coffin makers in Strabane was caused by lightning, the Fire and Rescue Service has said.

The blaze broke out at O’Doherty & Sons on Railway Street on Sunday afternoon as storms hit the north west.

At the height of the fire, 80 firefighters, 10 fire engines and four special appliances fought the flames.

Manus and Charles O’Doherty said the fire had destroyed their “much loved family business”.

There was “catastrophic damage” to the building, said Northern Ireland Fire and Rescue Service.

“We have concluded our investigation now and we are satisfied that it [the fire] was due to the lightning storm at the time, given the time it occurred, given the video footage we have seen and from just the evidence of the fire,” NIFRS Assistant Group Commander Kevin McLaughlin said.

“It is quite unusual – a single-storey building in the middle of the town, you wouldn’t expect it.”

O’Doherty & Sons Ltd has been based on Railway Street since 1908.

“We’ve been part of the fabric of Strabane town,” said the family in a statement. “It’s therefore a sad day for us to see so much of our family history destroyed by this fire.”

“As a family we are absolutely devastated that a fire has destroyed our much loved family business.”

The businessmen thanked the fire service and the “employees, customers, suppliers, the public, and local businesses for their many messages of support at this tough time.” 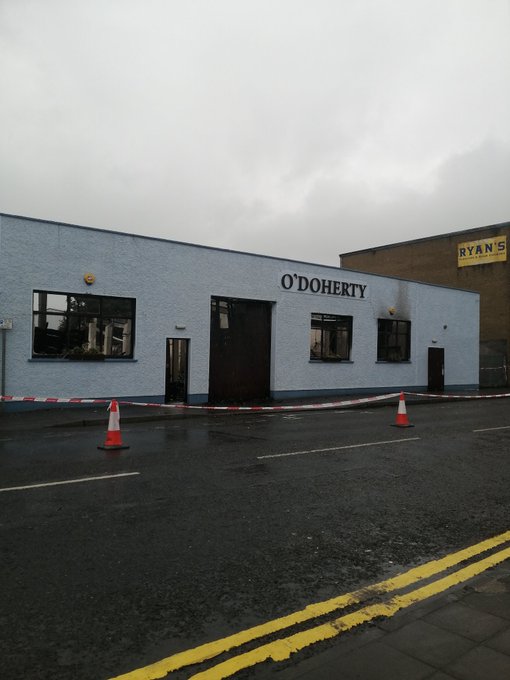 West Tyrone MLA Daniel McCrossan said his thoughts were with the family.

“This is a family who have been on this street for 113 years,” said Mr McCrossan.

“I cannot get out of my mind today the impact this has had on this family and on the community. It hits very hard for people, this is one of the oldest and longest surviving businesses in this town.”

A number of the businesses’ 27 employees were at the building on Monday morning to see how they could help, he added.