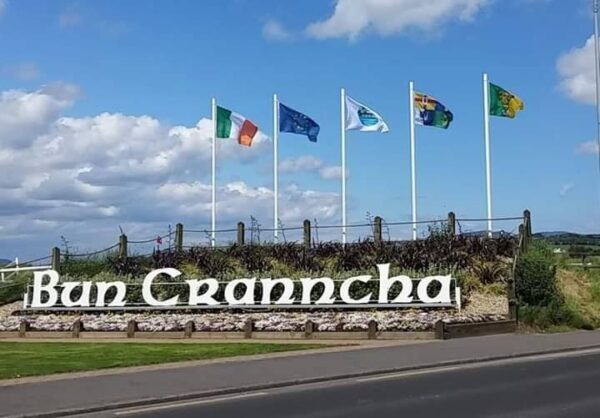 TWO of the top three areas for Covid-19 rates in the Republic are in Co Donegal near the border with Derry.

A new breakdown of Coronavirus cases in each local electoral ward shows that the Buncrana area has the highest infection rate.

The neighbouring Carndonagh area has the third highest rate in Ireland, with an infection rate at 489.3 per 100,000.

The second highest rate is in Dungarvan, County Waterford, with 600.1 cases.

Derry has the highest infection rate in the North of Ireland.

On Friday, the Department of Health said the infection rate in the Derry City and Strabane District Council area was 298.8 cases per 100,000, the highest of any council in the North of Ireland.

Among council areas, the Derry and Strabane area has the highest seven-day incidence rate, with 298.8 cases per 100,000.

The BT48 postcode, which takes in the Cityside area of Derry, has the third highest rate in the North of Ireland by postal area.

The BT47 postcode, which takes in the Waterside area, has the sixth highest.

In the Republic of Ireland, a number of restrictions have been lifted, although others remain in place.

Indoor hospitality had been due to reopen on Mo5nday, July, but this has been pushed back amid concerns over the Delta variant.

The Irish government has also said that when it does reopen, only those who have been fully vaccinated or have recovered from Covid will be able to eat or drink indoors.

In the North of Ireland, indoor hospitality reopened on 24 May, with restrictions in place on the number of people and households able to meet.

On Friday, the North of Ireland recorded its first coronavirus-related death in three weeks, bringing the total number of deaths linked to Covid-19 to 2,156.

A further 339 people tested positive for the virus, meaning a total of 127,787 people in Northern Ireland have had a confirmed diagnosis of the virus since the pandemic began.

In the Republic, no further deaths were reported on Friday, with the number of deaths remaining at 5,000, and a further 512 people testing positive.

It means a total of 273,296 people in the Republic of Ireland have had a confirmed diagnosis of the virus since the pandemic began.

Derry to dazzle this February with Illuminate