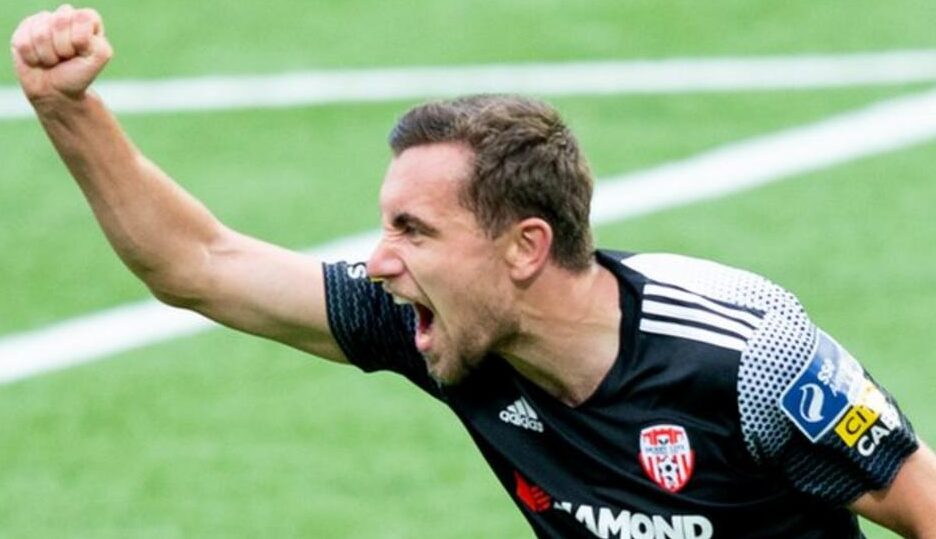 DERRY City chalked up a Brandywell victory at the tenth attempt this season by deservedly beating Waterford 2-0 in Friday night’s Premier Division game.

Jamie McGonigle went close to also scoring on his City debut as they moved up to sixth place.

Derry finally finally broke their Brandywell duck after six draws and three defeats with a confident display against a Waterford team that offered little threat.

Junior was handed a start as he began a second loan spell with the Candystripes but it was McLaughlin who caught they eye after signing his first professional contract with the club during the week.

McLaughlin should have done better as his scuffed shot was blocked by Kyle Ferguson and the 18-year-old then saw a strike saved by Brian Murphy at his nearpost.

It proved to be third time lucky as Waterford failed to clear, with the ball bobbling around in box before a persistent McLaughlin slotted home for a 42nd-minute opener.

The hosts remained in control in the second half and Thomson made it 2-0 as he swept the ball into the top corner for his second goal of the season.

McGonigle almost made an instant impact after coming on for his debut with the Dungiven striker’s chip over Murphy landing just over the bar.

City skipper Eoin Toal was lucky to escape with just a yellow card after a challenge on Kavanagh in the dying minutes before Derry were able to celebrate a home victory at last.

Next up for City is an away trip to Shelbourne Park to face St Pat’s Athletic next Friday, July 9 (kick off 7.45pm).