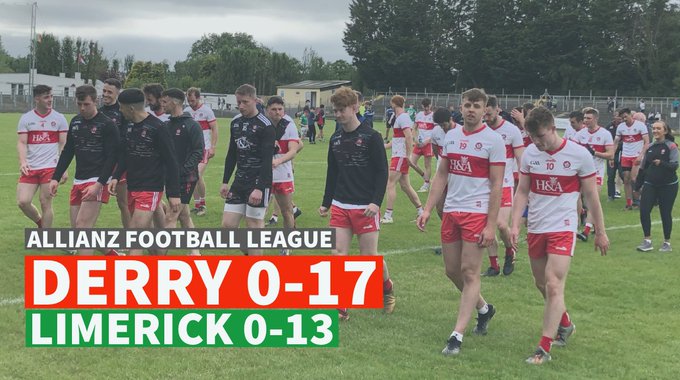 DERRY and Offaly will meet in the Allianz League Division 3 final this weekend after the two sides agreed to play-off for the title.

Both counties won their respective semi-finals at the weekend and secured promotion.

But with Offaly due to play against Louth in the opening round of the Leinster Championship in two weeks’ time, the original plan was to hold no final.

However, both counties agreed to play the game and announced it yesterday.

The GAA has confirmed the match will take place at Croke Park this Saturday. June 19 at 5pm and will screened on TG4.

Derry ran out 0-17 to 0-13 winners over Limerick while Offaly beat Fermanagh 1-14 to 0-12 on Saturday to secure their promotion.

Rory Gallagher side’s first outing in the Ulster SFC is against the winner of Down and Donegal on Sunday, July 11.

Derry will play in Division 2 next season for the first time since 2017.